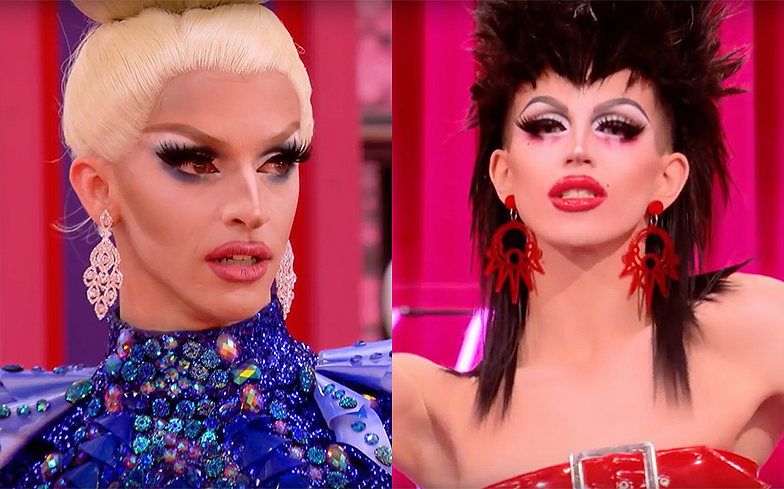 “Miz Cracker and Aquaria in the same competition? It’s about to go down.”

The preview for the Drag Race season 10 premiere has debuted, and ooh honey! We’re 14 minutes in and there’s already draaamaaa between two of the fierce queens. And by drama we mean Alyssa vs Coco, Eureka vs Trinity, etc, so prepare to be gagged heeeeenny.

In the preview, each contestant makes their kunty entrance into the werk room – with their own catchphrase in tow, as per – and as Aquaria sashays into the fold, Monet X Change and Dusty Ray Bottoms highlight the rift between the 21-year-old and Miz Cracker.

Dusty shouts, “Cracker, your twin is here! Battle between the twins ya’ll!”

Monet reveals that the drama stems from their uncanny resemblance: “Miz Cracker and Aquaria drama has gone on for eons in the drag scene. People call Aquaria Cracker, people call Cracker Aquaria, it is always the hugest elephant in the room.

“Miz Cracker and Aquaria in the same competition? It’s about to go down.”

Watch the first 14 minutes below.

Season 10 will premiere 22 March on VH1, and will debut on UK Netflix the day after.