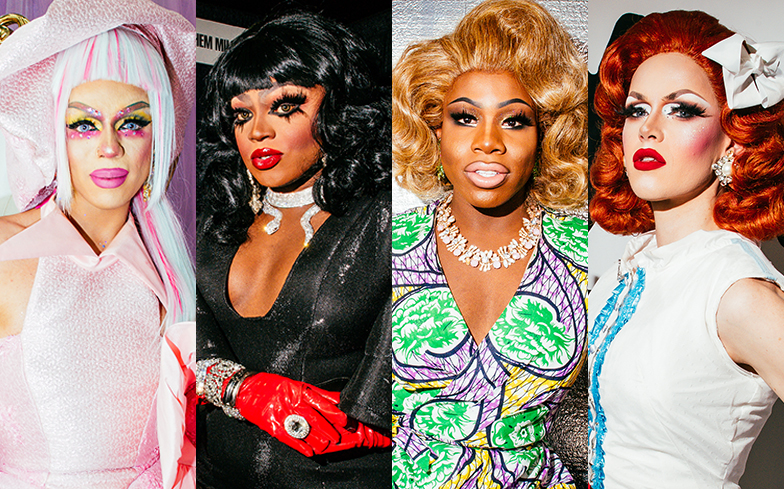 If you’re feeling inspired to try drag after watching RuPaul’s Drag Race, but have absolutely no idea where to start, you’re in luck, as we’ve asked some of our favourite contestants from the show to share their best advice for unleashing your inner glamazon.

So whether you’re looking for makeup tips, trying to increase your knowledge of the art form, or you just need to work on improving your Charisma, Uniqueness, Nerve and Talent – these queens are here to help. Start your engines, gurls…

“In the words of my dear drag Auntie, ‘Instead of jerking off, paint your face’. And RuPaul said, ‘Why don’t you do both?’ So I say, at least paint your face and then rub one out, because if you rub one out then paint your face, you’ll be turnt. Don’t spend your money on expensive cosmetics, because you’re not making a profit to spend on that. Buy cheap makeup and learn where to put it, learn how to blend it. Drink water and use cocoa butter.” “My best advice for anyone who wants to start drag would definitely be to believe in yourself, and don’t be scared to step out of the box. I feel like a lot of people put drag in a box, and I feel like drag needs to be taken out of the box. Anything can be considered drag. As long as you’re feeling comfortable, having fun and being safe, that’s all that really matters.” “Go to as many shows as you can, as many outlets of drag as you can, and become very knowledgable of where drag came from and the scene of drag culture. Culture yourself every day, and start learning and practicing and have fun! Never be afraid to try things, and keep trying fearlessly.”

“Practice, practice, practice. The more you practice, the better you’ll be. Don’t waste your money on expensive products. It’s all about how you use the products, not how much you spend on them. Beg and borrow as much as you can! And remember to have fun with it. It should be fun!”

“Go out! No matter how bad you think you look. It’s super easy to paint in your apartment and stay there, but just go out! This is a fact: No matter how busted you fucking look, when you go out of your apartment in drag for the first time, there are gonna be a handful of people who say ‘You look so good, you look fierce’, and that is gonna empower you to do it more, and to experience drag out loud. Even though it is very nerve wracking to leave your apartment and home, and to be faced with people who you don’t know who are judging you, just do it. When you do it once, you’ll want it to it again and again. Then, you’ll be like Monét X Change, six years later, brushing your kitty cat wigs and going to the club.” “I would say, if you’re starting a career as a drag queen, don’t get into it for the money, because that’s… not really what it’s going to do for you. You are definitely going to spend more money than you are going to make. It’s a very rare and blessed moment when you get paid a good amount of money, or make a complete living from just doing drag. That takes years. But if you’re starting out, just be mindful. You don’t have to go and buy the most expensive things. Look at the people that inspire you and pull things from them. You don’t necessarily have to completely emulate them. And don’t take it too seriously – it’s drag! Don’t cry over it. You get on stage and fuck up, who cares? You’re a man in a wig. Or a lady in a non-wig. Or a lady with a beard. Or whatever the case may be. It’s not life or death, drag is meant to be fun, so as long as you’re having fun with it, you’re being a successful drag queen.”