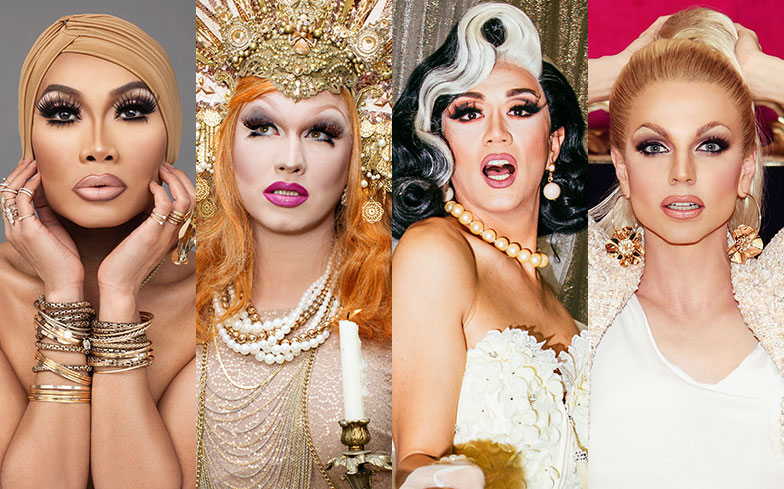 “He’s turning up for a pay cheque.”

During the seventh season of Drag Race, fashion kween Pearl infamously clashed with host RuPaul during an awkward encounter in the werk room. It provided us with the now-iconic quote, “Is there something on my face?”

Pearl recently addressed the tense moment on an episode of Hey Qween, where she spilled the T on their frosty relationship, and recalled an off-camera moment that ‘broke her spirit’ and caused her to be so blasé on the show.

“I turned to RuPaul and said, ‘Oh my god, thank you so much. It’s such a honour to be here, such a pleasure to meet you, you have no idea.’ Just giving her everything I ever wanted to say to her,” she remembered.

“She turned to me and she said: ‘Nothing you say matters unless that camera is rolling.’ That broke my spirit, and that is the reason why I had one foot in and foot out the entire time I was on that show. It was so heartbreaking because I idolised her. I felt like it was just so disrespectful.”

When we attended DragWorld UK – Europe’s biggest convention dedicated to all things drag – over the weekend, we asked the queens from the show what they thought of Pearl’s comments, and if their experience was similar. 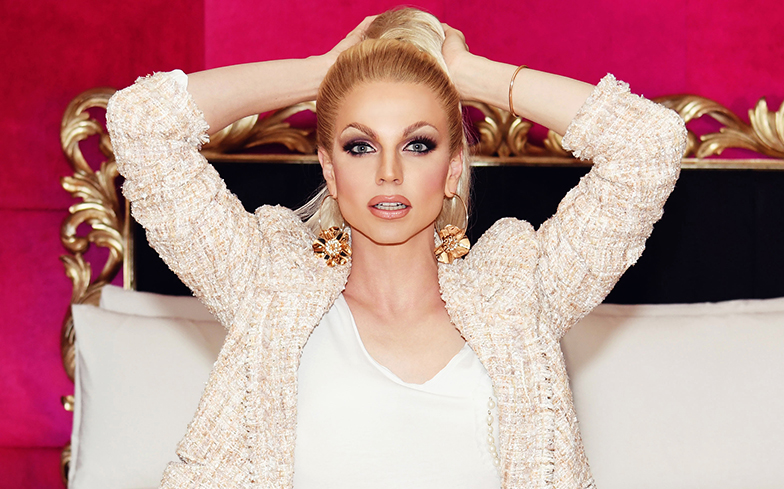 “I’ve learned to separate ‘RuPaul: The icon and the legend who’s inspired me’, and ‘RuPaul: The person who’s at work’. I think the challenge is that on Drag Race we’re asked to bare our souls and give everything in front of the cameras, but Ru’s not there for that purpose, he’s just there doing his job. He’s said in the past that he’s turning up for a pay cheque. I’m sure he loves drag and Drag Race, but I think it’s the kids’ passion, so there’s a little juxtaposition where you’re being asked to bare your soul but you’re not quite getting eye contact. It can be challenging. But I prefer to think about all the wonderful opportunities Drag Race has given me, and RuPaul has inspired me throughout my teen years and beyond, so I’m really glad for all of the wonderful parts.”

“Being someone who has to meet people constantly, who has to be switched on constantly, I sometimes come off as bitchy when I’m not trying to be. So I think patience and compassion are extremely important, but also having your feelings heard is important, so I guess it’s kind of a double-edged sword. Was RuPaul intentionally being frosty? We don’t know. We don’t know what was going on in her heart or her mind at that moment. I just think we have to give everyone patience and compassion, and that means listening to Pearl’s thoughts and feelings and validating them, but also remembering that sometimes things just come out wrong and are misinterpreted. I wasn’t there so I can’t speak on it personally, but I always call on my followers to employ patience and compassion as much as possible. Was that a diplomatic answer?” 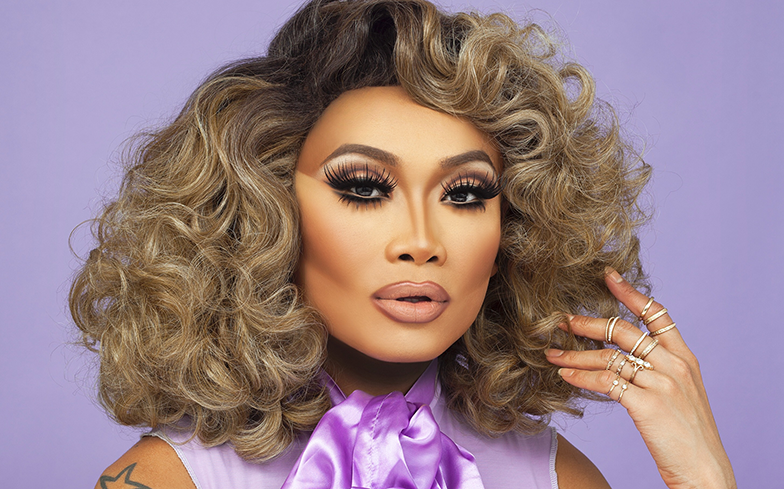 “I saw the interview with Pearl, and it made me kind of wonder if it was a misunderstanding, because I just feel like I know RuPaul on a completely different level, and there’s so much respect there. I worked with Ru on Drag U and I would see him roller skating during lunch, and she’d be like, ‘Hey girl!’ We joked around a lot. I asked her to pull my finger and I farted, and she laughed her ass off. So I experienced something completely different from Pearl, and I feel bad about that. I’m sorry, girl.” 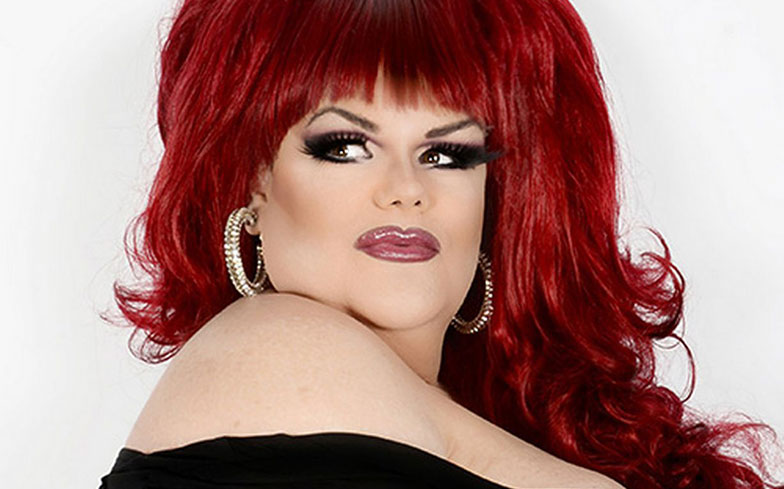 “Every relationship is different, and it depends on the moment that you’re in. It’s completely valid, like I could meet somebody at the end of this and they’ll ask for a picture, and I’ll say, ‘Well I was here all day, but I’ll be here tomorrow’, and they’ll say, ‘I won’t be here tomorrow’, so I’ll say, ‘Well you didn’t make me a priority’, and then they’ll be like, ’She’s a fucking bitch’. Meanwhile, I would never ask you to stay late at your job. So if you catch people at the right or wrong moments you can get different things. For me, I had a lovely experience with her, it was fantastic, but she’s also a professional, so I respect that when it’s time to work, it’s time to work. Never judge anybody on a bad day. Or a bad month. Or a bad season.” 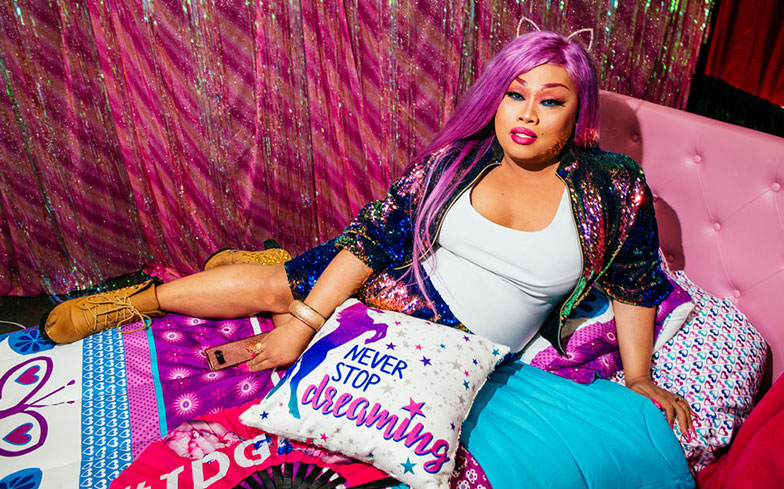 “So during Drag Race, RuPaul can’t really talk to us because we’re competing, so she’s not gonna be like, ‘Hey girl, what you doing?’ None of that. But when she does break out of character it’s kinda fun, when she loosens up. She’s not necessarily allowed to be friendly with us, but when she does we’re like, ‘Oh thank you Jesus, maybe she likes me!’ Well she saved me twice, in fairness. I mean, she could’ve saved me the third time, she could’ve sent that white bitch Willam home. She didn’t know her words… I love you Willam!” 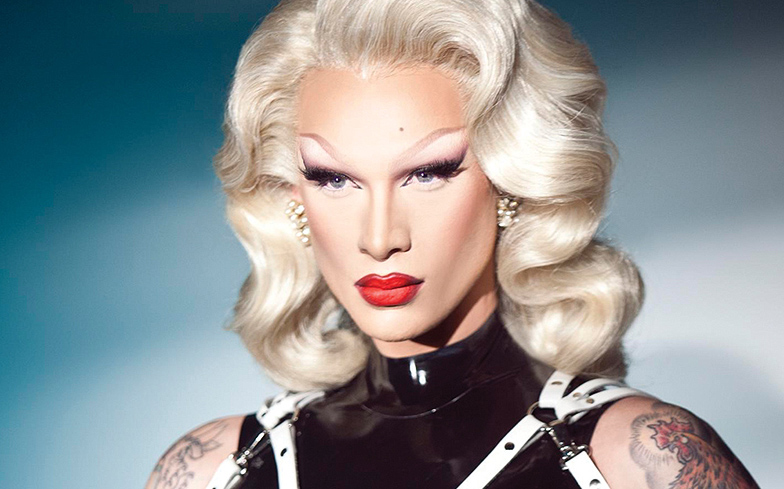 “Everyone’s allowed to express their feelings, and being on the show is psychological. You’re literally put under a magnifying glass, you’re not hearing what you wanna hear, I was always feeling like they weren’t seeing me, and I got very insecure on the show. I spoke to Michelle about this when we were doing the Battle Of The Seasons tour, I was hoping that there would be a sense of… I’m trying to be mindful, because I’m years off the show now, but yeah, there’s stuff that I left feeling very resentful and frustrated about. I didn’t win the show, I went home mid-way, and I felt like I had to prove to them that I am sickening, even though I know I am. But in the end, it wasn’t about them at all, it was about me doing the work that I did so I could break through like I did. With the work I’ve achieved since, even if they said, ‘Good job, you’re great’, it’s like, at this point I did it for myself. That’s what they want. They want you to own your identity and get there. So when they push you, and they pressure cook you, part of it is for good television. It only makes it stronger to see you hit a wall and bypass the wall. And if you can’t get past the wall, you don’t stay on the show.” 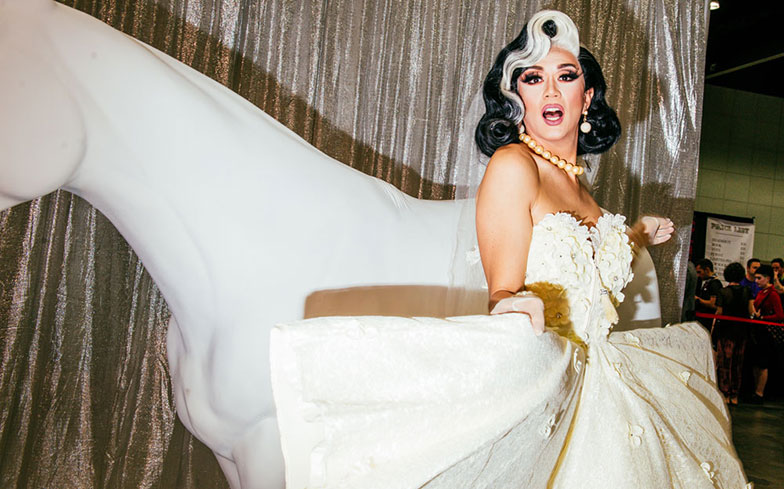 “I heard about it but I haven’t seen it so I don’t really have a full comment. But from when the cameras were rolling, I did notice that Pearl had a bit of an attitude towards Ru, so I wouldn’t be surprised if Ru gave her a bit of attitude back. I mean, it is her show, and she is RuPaul after all, right?”