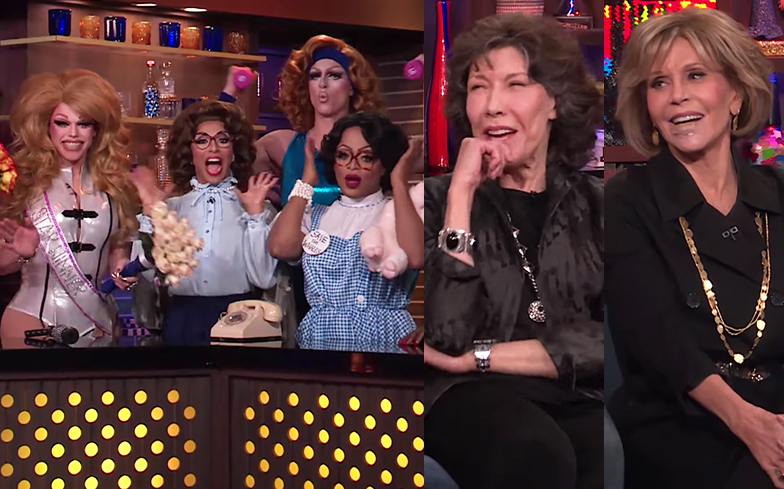 If anyone knows how to werk, it’s Jane Fonda and Lily Tomlin.

The iconic actors, who starred together alongside Dolly Parton in classic comedy 9 to 5, made an appearance on Watch What Happens Live! with Andy Cohen to promote their much-anticipated new season of Grace & Frankie on Netflix.

As if the studio wasn’t fabulous enough already, they were later joined by six queens from RuPaul’s Drag Race All Stars 3, who dressed up as just a few of Jane and Lily’s most memorable characters.

But who did Jane and Lily choose as the best impersonator? Watch the video below to find out…

mood: Jane Fonda & Lily Tomlin reacting to some of the #AllStars3 Drag Race queens dressed as their iconic characters on @BravoWWHL pic.twitter.com/6zq5eV2Iqk

RuPaul’s Drag Race All Stars 3 will feature fan favourites from across the seasons competing for a second chance (and in some cases, third) at becoming America’s Next Drag Superstar.