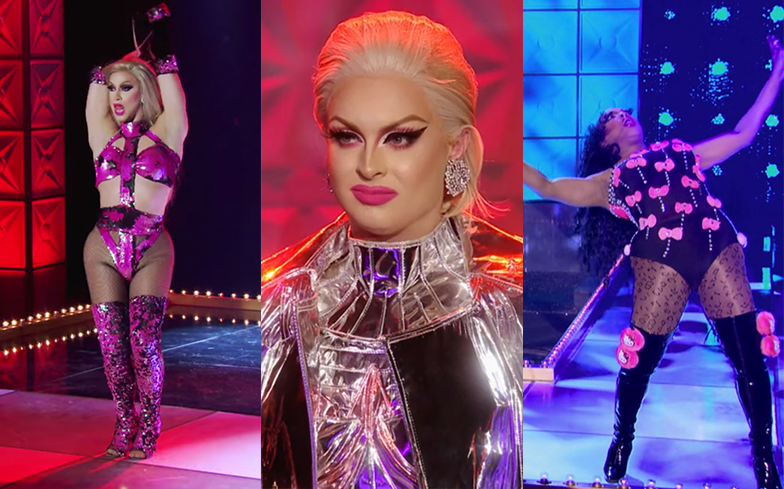 Each year, one of the most anticipated moments of RuPaul’s Drag Race – aside from the crowing of a new drag superstar, of course – is seeing our favourite queens battle it out on stage to an iconic queer anthem to ensure their place in the competition.

Over the course of 11 regular seasons, four All Stars and a British spin-off, we’ve been left gooped and gagged various times by the queens who pull all out the mothertucking stops on stage with splits, flips, kicks and wig/outfit ruveals.

At the first ever RuPaul’s DragCon UK, we asked 11 of our favourite queens, some of them lip sync assassins themselves (Alexis Mateo, Jujubee, Vinegar Strokes), to reveal who they would never want to lip sync against…

“I love lip-synching. That’s what I do drag for, that’s my power right there. Somebody I don’t want to lip-sync against? I’m not an acrobatic person, so anyone who does splits and cartwheels. Everybody loves them, but it’s not lip-synching. I’m not scared of nobody, bring some hoe you want to send home, and I will send them home… quickly.”

“Cheryl [Hole], especially in front of Cheryl Cole to a Cheryl Cole song, some might ever say it’s rigger morris or something… There’s definitely a good few like Asia O’Hara, Miz Cracker or Kameron Michaels. They’re all fabulous lip-syncers. I’m not the best at lip-synching, but I spend time on other things, like my make-up.”

“Any dancing queens, like Alyssa [Edwards]. I love her, but I don’t want to compete against her because she’s going to do some twirls I can’t do and some leaps and bounds.”

“That’s a very good question. I don’t know if there are any? I feel so confident as an entertainer that I would love to challenge any of them. I love to perform and it’s in my blood, so… I think it would be fun to do it against any of them really – as long as there’s nothing physical! We will not be doing that queen anymore… I don’t even speak her name. I can’t put it into existence… I’m kidding! No, I am.”

“I never want to lip sync against Raven ever again, because she’s fantastic and that’s my sister. I think I could take these bitches… all of them. But Alexis is a great dancer and I would not dare, because I can’t dance.”

“Anyone that can move. Brooke Lynn? Fuck that. They didn’t show it in season eight, but in Untucked in the first episode, when me and Naysha knew we were gonna lip sync, I looked at Naysha – because I knew Applause, I love Gaga – I looked at Naysha and said, ‘Can you do splits?’ and she goes ‘Mary, no!’ and I was like, ‘Oh, okay, I’m good!'”

“It depends on the song. If it was a high energy, dance song then I wouldn’t want to lip sync against Kennedy Davenport. That bitch will fuck it up. I’m just like, ‘Girl, you got it.’ If it’s a mid-tempo or a ballad… I’m good. I’ll send a lot of these bitches home when it comes to that. As far as a dance number, Kennedy. I give my hats off to that bitch.”

“Bring on all the bitches, line ’em all up, I’m ready because I will take each and every one of them down.”

“The queens I wouldn’t like to lip sync against are Trinity K Bonet or Dida Ritz or Yvie Oddly.”

“Oh my god, I think maybe Cheryl [Hole], because once she’s done a death drop, everyone is like ‘Great, she’s won.’ But other than that, I think I was one of the better ones, a few stunts, a few shenanigans on-stage. I think the bar was set high when I lip-synched and then after that it did this, that’s a hand doing this and that. Shade.”