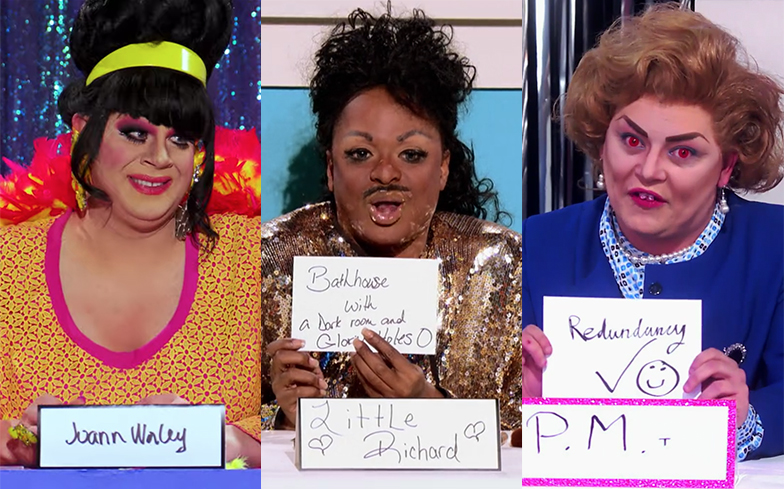 Ten of the most legendary queens from RuPaul’s Drag Race will be reprising their Snatch Game-winning characters this weekend (19 April) as part of the new sickening digital concert festival, Digital Drag Fest.

The festival came to fruition after the coronavirus pandemic upended several live events and concerts around the world. Each 30-minute show is a “lifetime live experience” and features elements such as singing, cooking, lip syncing and more.

David Charpentier, founder and president of PEG (Producer Entertainment Group), said in a statement: “Drag is about resilience, and this festival is meant to share that message during a challenging time in our world.”

Trinity the Tuck said: “With all that’s going on in the world, we need an escape. Drag gives people some mental, stress and comic relief from the circumstances we face right now. I’m excited to share my art and hopefully make someone smile!”

“Art endures all disasters; with art, so can we,” added Jinkx Monsoon, while Manila Luzon told fans that Digital Drag Fest is their chance to “see your favorite drag queens in a totally new context where their own living rooms are their world stage!”

Evan Lowenstein, founder and CEO of Stageit, said the festival’s organisers “have no interest in replacing physical live events, but hopefully our service can help turn people on… to a completely new experience.”

Tickets for the shows are limited to “keep audience sizes small and the experience intimate,” but fans will have once in a lifetime opportunities to interact with their favourite queens and potentially win prizes and giveaways.

Prices for each performance start at $10 USD per household, and although they are suitable for all ages, parental discretion is “advised”.

Related: Here’s who fans think will be on RuPaul’s Secret Celebrity Drag Race