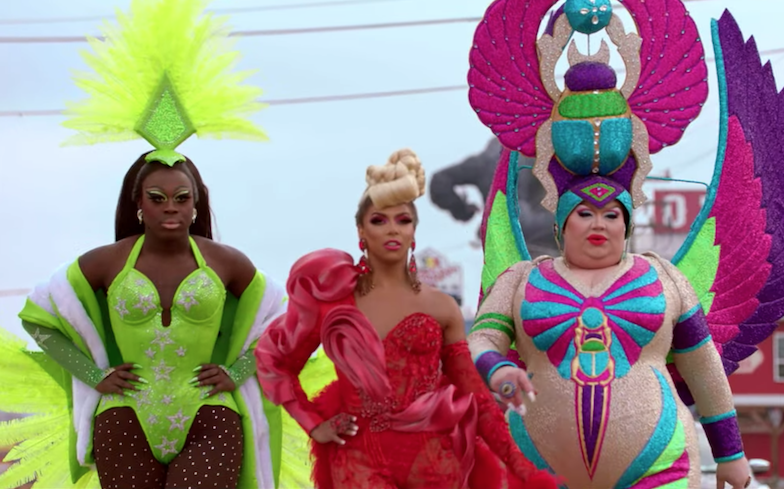 The new trailer for We’re Here is a tearjerker.

In the two-minute trailer, the queens take local residents under their wig and tackle issues such as homophobia, transphobia, racism and self-love – and of course, there’s splits, kicks, flips and lots of other sickening tricks. You name it.

Nine Rosenstein, executive vice president of HBO programming, said of the series in a statement: “Drag is about confidence and self expression. We are so thrilled to showcase the transformative power of the art form with our audience.”

In an interview with Entertainment Weekly, Shangela revealed: “I’m not a big crier, but I cried.

“It also has that surprise production element that we were producing a one-night-only show in places that have hardly ever had them, to showcase that there’s this queer community [already there that] they didn’t even know existed.”

We’re Here will premiere 23 April on HBO – watch the powerful new trailer below.