She won’t stop until she snatches that crown… 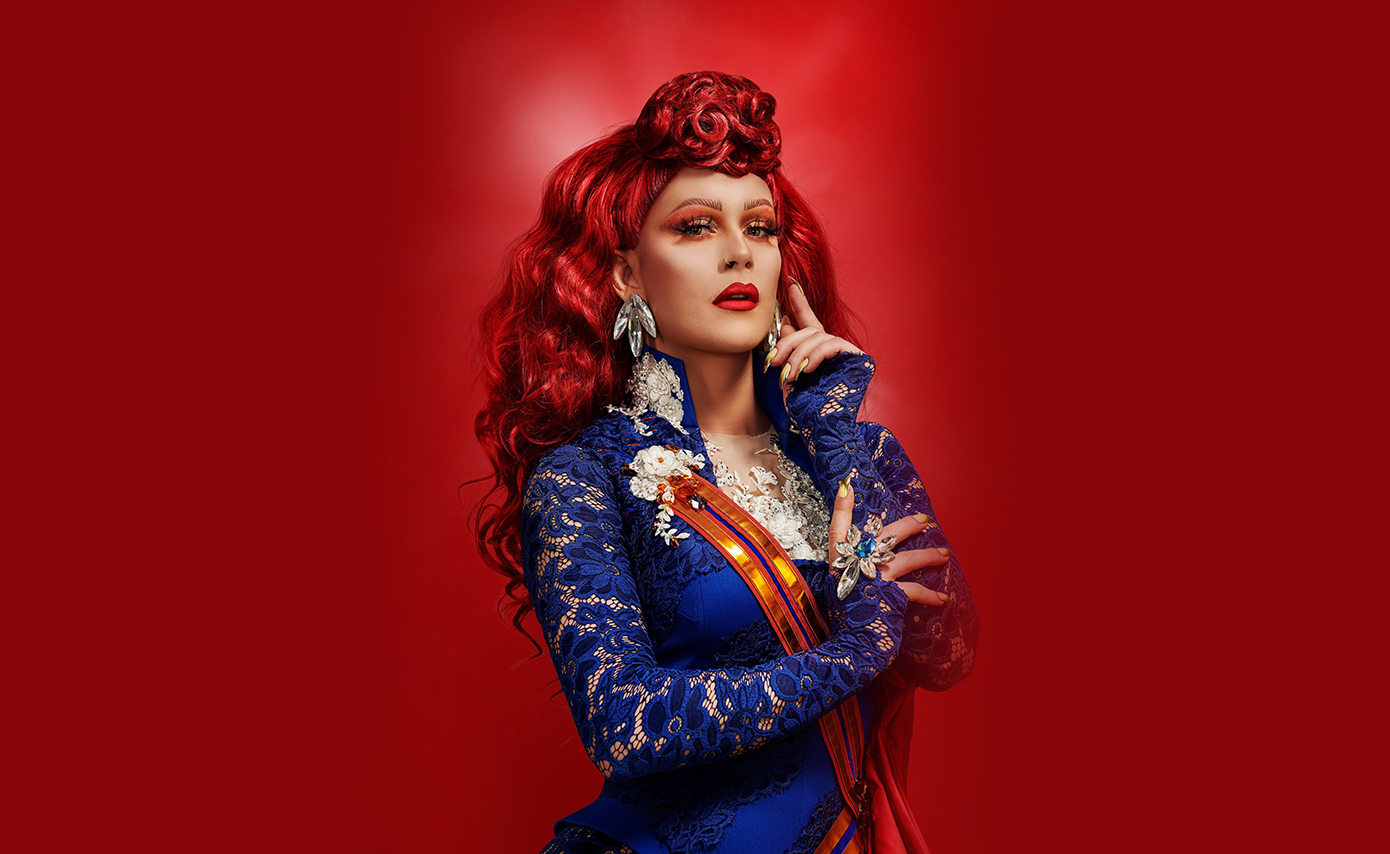 Janey Jacké is a hungry queen. Although the Amsterdam-based hunty has only just lost out on the first Drag Race Holland crown to Envy Peru, following a killer showdown to Lady Gaga’s queer anthem Born This Way, she’s already planned her inevitable ruturn to the franchise for the next season of All Stars.

“All Stars is calling!” she enthusiastically tells GAY TIMES after her loss. “I cannot wait to see what All Stars is gonna bring out of me and what I can bring to that platform. I just love competing – it felt like my natural habitat!”

Thanks to her jaw-dropping runways, impeccable comedic timing and sharp wit, Janey has proven to be one of the most formidable contestants in Drag Race’s ever-expanding history. While she may have been voted the ‘Shadiest Queen’ by her fellow sisters, and was initially touted as the ‘villain’ of the series, Janey’s vulnerability in later episodes won her legions of fans across the world.

“I think because of my story, where I came from and how I built myself as a performer, people understood why I have that defence mechanism,” she continues. “In the beginning, everyone thought I was the shady one who has a lot of opinions, but in the end, the love was so beautiful.”

Read further for our full conversation with Janey, in which she breaks down those final moments on Drag Race Holland, the scenes with her sisters that she wanted to make the final edit, All Stars, and what we can expect next from the “OG fish” of the Netherlands.

Janey, you killed that top four performance.
Thank you so much! It was so fun to do a Mama Ru song.

I cannot wait to see what All Stars is gonna bring out of me and what I can bring to that platform. I just love competing - it felt like my natural habitat!

Condragulations on making the top two, it was well deserved!
It feels amazing. It feels so rewarding and it’s a dream come true. I feel so empowered as an artist.

You’re still a winner in our eyes, but how did it feel to just miss out on the crown to Envy Peru?
I went into the competition thinking I was going to win the crown, and I think it’s really good to keep believing that you can win throughout. Me and Envy got so close during the show, that it didn’t feel like I was losing to a sister. I felt so empowered for her because she’s worked so hard throughout her career, and I’m so proud of her. Whoever won, I would’ve been happy. I’m just so happy that I can be her runner-up! All I can say is: All Stars is calling! I’m hungry.

The advantages of not winning is that you get another chance to showcase your skillset and slay the runway.
I would love to be there. Drag Race makes you, as an artist, a person and a performer, go through a new depth. It helps you redevelop your craft and try new things, and that’s why I’m so grateful for this experience, especially in a year like this. I cannot wait to see what All Stars is gonna bring out of me and what I can bring to that platform. I just love competing – it felt like my natural habitat!

You looked comfortable week after week, but there was a moment where you fell into the bottom two. Fans were shocked, to say the least, did you feel the same?
It’s different when you’re doing the competition and then when you look back at it, because in the moment these things happen, you find a part of acceptance. You have to be like, ‘Okay, I’m going to accept this moment and fight hard to stay.’ When you look back at it, yeah, it may have not been your favourite silhouette on me, but I thought the look was great! I thought my mom looked amazing and that it was full glamour. I think you’re gagged when you’re in the bottom, but based on the judge’s comments, I knew I was going to be there that week. Obviously, when the lip-sync starts, you can see the focus in my eyes. I was so hungry in that moment. That’s the competition I guess, they’re gonna poke you!

At least you delivered a fantastic lip-sync.
Thanks! There were a lot of messages like, ‘Oop, best lip-sync of the season! No trickeries! Okay!’ I’ve never done that song before, but it was a lot of fun.

Well, I think that title now belongs to the final performance between you and Envy…
You can really see the fight, hungry and fire in our eyes, and how much we enjoy being on stage, as well as for a song like Born This Way. We were showcasing what we love to do, and it was such a great lip-sync, a lip-sync that wasn’t like, ‘Okay, it was obviously her.’ It could’ve gone either way. That’s also why that lip-sync was so powerful, because it was exciting until the last moment.

How would you define your Drag Race experience?
It’s weird when you have a dream for so long. What I’ve learned over the past few years as a performer is to enjoy it in the moment. That’s something I did, and looking back at it, I can myself doing that 100%. Also, I’m proud of the growth I made as a person, letting my guard down and showing my vulnerability, becoming close to my sisters and learning from each other. It was everything that I expected it to be.

You film for all hours of the day, but viewers only get to see around 50 minutes a week. Was there anything that didn’t make the cut that you wish we could’ve seen?
Well, a lot of my jokes! Also, when I get on All Stars, I might actually have a chance to show what I can do in Snatch Game, because a lot of was edited out! There’s definitely moments with the queens, where we come close to each other, that are not in the show. You didn’t get to see how me and Envy got really close, and me and Ma’Ma. The friendship that me and Sederginne have formed over the years isn’t always visible in the show. Those things make sisterhoods so beautiful, and I would’ve loved for that to be showcased a little bit more. But, it’s still a very entertaining show!

A few people were online saying, 'Janey is a c**t.' I just accepted that.

You were voted Shadiest Queen by your fellow contestants – is this a title you covet, or did it come as a shock?
[Laughs] Well… Yeah! I guess I am the Shadiest Queen of the season! For me, shade isn’t hateful. I don’t hate nobody and I don’t feel better than nobody. I appreciate and respect everyone’s art. I just think shade is a really fun type of humour and it keeps everybody on guard. It makes you better. When you shade each other, it’s a form of truth. So, I don’t feel like I was hateful towards the girls.

As we’ve seen in recent years, fans can be too passionate online, even when the shade between the queens is playful. Have you experienced that side to them on social media?
Definitely for the first couple of episodes. A few people were online saying, ‘Janey is a c**t.’ I just accepted that. I was very happy to showcase more of my vulnerability later on, and I think because of my story, where I came from and how I built myself as a performer, people understood why I have that defence mechanism. In the beginning, everyone thought I was the shady one who has a lot of opinions, but in the end, the love was so beautiful.

You are the perfect reality television contestant, because you gave us the perfect mix of shade and vulnerability. The killer runways go without saying!
I share the exact same opinion honey! That’s what people want, no? They want that! It’s Drag Race. The difference with our season is that, because we’re such a small country, almost all of the girls know each other and we’ve been working together for many years. So, already, it’s a different vibe, and we can be a lot shadier towards each other. But also, some of the contestants were holding back for that reason, because they didn’t want to hurt feelings or push buttons. I’m just like, ‘Get into it!’

What’s next for Janey Jacké?
I’m definitely going to be online and Instagram a lot more! My merch will be dropping as we go on. I’m also working on YouTube content with Sederginne. We’re going to do some really fun things for the fans. After the pandemic gets better, you can definitely expect a tour and a one-woman show that I hope to take across the world. 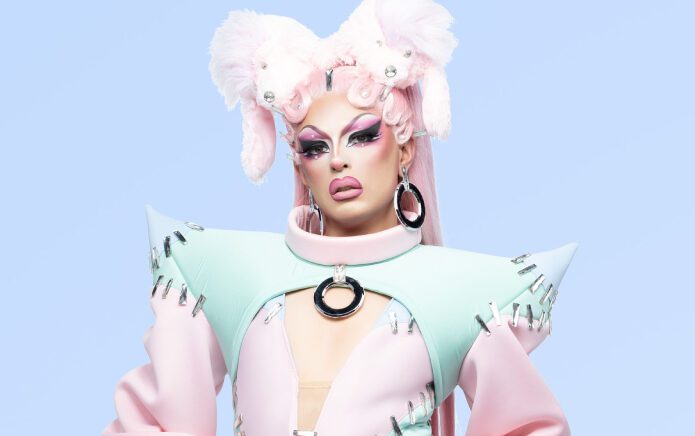 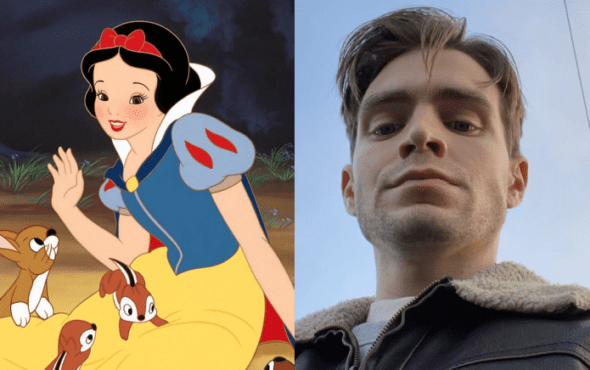