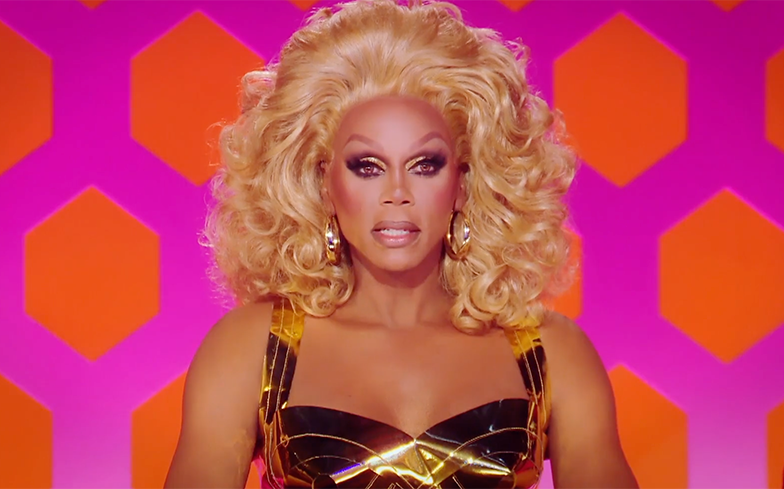 “This is one of the biggest robberies in Drag Race HERstory.”

Ooh gurl, Drag Race fans are not happy with the outcome of the latest episode, like, at all.

For this week’s maxi-challenge, the queens competed in the first ever drag olympics, with special guest stars choreographer Travis Wall and Olympian figure skaters Mirai Nagasu and Adam Rippon.

They were tasked with performing in a freestyle floor program which includes fanography, voguing and shablam – it was basically the gay, drag version of Bring It On and we were living!

The contestants then sashayed down the runway in their finest glitter extravaganza, and it was by far the most gag-worthy runway of the season so far. They looked expensive AF.

A’Keria C. Davenport was later confirmed as the winner of the challenge, while Scarlet Envy and Ra’jah O’Hara were deemed the bottom two queens of the week. The two then lip synced to Donna Summer’s disco classic, Last Dance, and turnedt IT.

Ra’jah impressed the judges more than Scarlet and was declared safe, which led to fans expressing their disappointment on social media that it wasn’t a double shantay.

anushunty: This is one of the biggest robberies in drag race herstory.

boulton1230: Don’t care what anyone says, scarlet won that lipsync.

Harelievre: Girl, she death drop and twirled and theater. Should have been a double shantay at least.

lukasanthonynz: This is my first ever comment on reddit because I will NOT be silenced. SCARLET WAS ROBBED.

danielfq: how on earth did scarlet go home she did amazing in the lipsync?

BuffyxSummers: They were neck and neck in the lip sync.

JesusCieza: Now again, this was a lipsync for years. Donna would be so proud. Lachronys: I really just don’t understand the decision I think they both did equally well.

MascDomTop69: Nope. This episode… nope! I love Ra’jah and Scarlet but Scarlet should not have gone home.

BluexBadger: Not hating on Ra’Jah at all, but I thought Scarlet won that lip sync.

woahitsjoee: This episode DEFINITELY sets Scarlet up for an AS rudemption run in the future and I absolutely can not wait.

-firepuss-girl: Scarlet is so powerful that they had to cut her short. The power that Scarlet Envy possesses far too much.

Rebelde123: Oh honey Scarlet wiped the floor with that lip sync, but Rajah had no business being in the bottom 2 in the first place.

Next week, the queens will compete in From Farm To Runway, which sounds like it could be an animal-themed design challenge, although you can never predict what Drag Race is going to throw at its queens…

All six episodes of RuPaul’s Drag Race season 11 – and Untucked! – are available to stream now on Netflix UK.