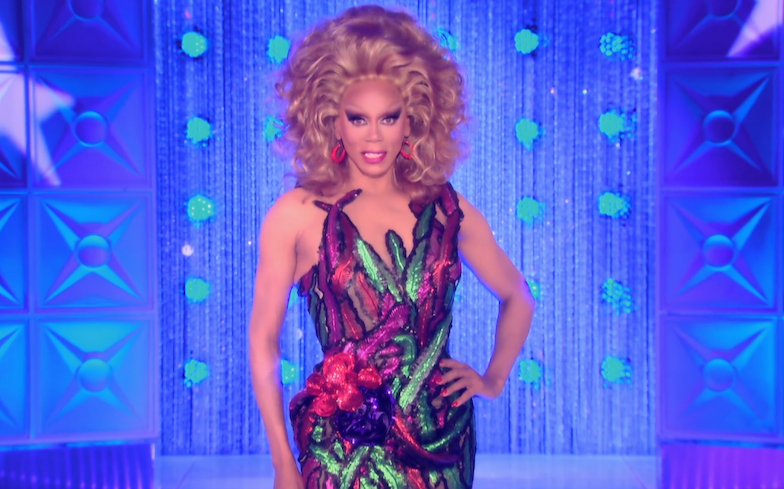 This All Stars 3 episode of Snatch Game wasn’t the best in the show’s HERstory, but, the episode did make up for it in drama, unexpected twists and turns, and that elimination… ooh hunny, that elimination!

In the most awaited episode of the season (well, any season), the queens hit Snatch Game and gave their best celebrity impersonations. Snatch Game is usually the challenge to determine which queen is a Heather, and which queen is a Booger, and hunties, we’re truly gooped and gagged at the outcome. Surprisingly, Trixie’s Ru-isms landed the Drag Barbie in the bottom three, along with Chi Chi and former Snatch Game winner Kennedy. Shangela and Ben’s performances earned them the win, making it Ben’s fourth consecutive win… which has never been done in Drag Race HERstory (gag #2!). At this point, it really is BenDeLaCreme’s Drag Race.

The queens deliberated in the workroom, whilst Shangela approached Trixie. Earlier in the episode, the queens had some drama-mama when Shangela found a note on Trixie’s wall from Thorgy Thor, calling Shangela a “shady bitch”. They made up, hugged it out etc, but Shangela told Trixie it was still on her mind, giving viewers the impression that the season three contestant could eliminate the fan-favourite…

Shangela and Ben hit the runway, and lip-synced the motherf**king house down to Katy Perry’s I Kissed a Girl. The queens served some Raja vs Carmen – Straight Up realness, and both queens won a cash prize tip of five thousands dollahhhz, and the power to eliminate a queen… each (gag #3!). Ben chose Chi Chi – which comes as no surprise, considering the trash-bag queen landed in the bottom four times in a row (she shouldn’t have been in the bottom for the Divas challenge, but whatever). Then, Shangela alluded to having Trixie’s name in her bra, by telling the judges: “The person I have chosen, I don’t want them to feel like it is personal in any way. This person left RuPaul’s Drag Race not winning the crown, but definitely going forward as a winner, and creating a career for themselves.” Cue some shady cutaway music and a close-up of Trixie’s tears, and bam, gag #4!

I fucking love @trixiemattel’s snatch game and y’all can get fucked. #allstars #dragrace

Me during tonight's Drag Race All Stars elimination #allstars3 pic.twitter.com/PLoTl5XeMz

Rupaul's Drag Race All Stars brought to you by Game of Thrones!

The kind of domination DeLa is giving us in All Stars 3 is unheard of Drag Race herstory. She lip synced for her legacy four times in four weeks.

What are your thoughts on the episode? Did Chi Chi deserve to go? Was Trixie’s performance as Mama Ru really that bad? Will Ben snatch her fifth win next week? Lord, this season has snatched us so far. Bring on the next episode… henny.