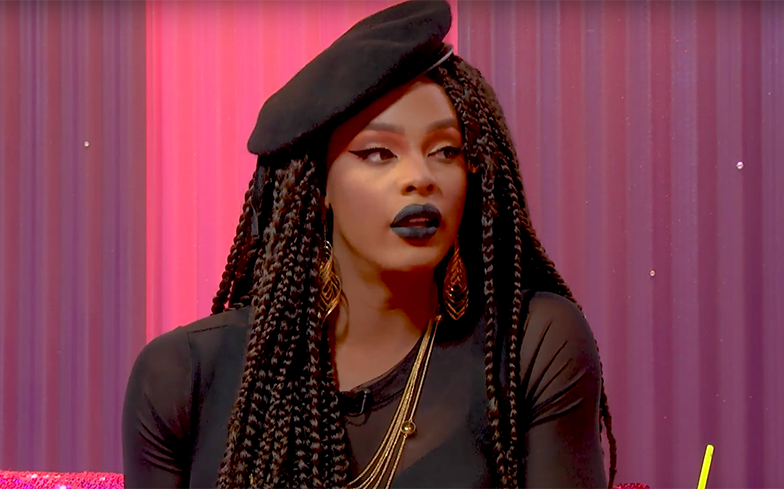 Drag Race fans are reporting Tyra Sanchez to the FBI and LAPD for a cryptic post in which she seemingly threatens DragCon.

The season two winner posted on Facebook: “Fair warning: DO NOT attend RuPaul’s DragCon on May 12, 2018. Don’t say I didn’t warn you.”

One Facebook user, Paige Lauren, commented: “LAPD Headquarters please take this seriously. Many, many families and individuals will be in attendance, myself included.”

Lara Dalton advised Tyra to “reach out for the help” she clearly needs: “You are a parent and seeing some of the comments and replies you say to people are just wrong. You were an amazing contestant on season 2 but its really sad and disappointing to see how you’ve went down hill. Telling someone to kill themselves is NOT okay. I really hope one day you realize you are better than that and get help.”

Samantha Taylor referred fans to a link of the FBI: “Report this threat. Too many people say “someone else will report it”, “someone else has already done it”, “I would just be wasting their time”. This is how disasters strike, this is how people die, this is how civil liberties are ripped away from everyone.”

After exchanging several insults since September over social media, Tyra posted a video in which she threatened the contestants, “But when you see Ms. Phi Phi and Ms. Mother Fucking Tati’s ass stretched out on the motherfucking ground, you will know it was me.

“Yeah, I may not have physically did it, but it will be my doing. Remember that shit, bitch.”

Phi Phi tweeted: “I feel sorry that when someone disagrees they feel it is okay to threaten people with violence, even tweeting about a former alumni. This has gone far beyond simple shade this has gone to a point where alumni have had their lives threatened and something has to stop them.

Organisers for DragCon warned Tyra, explaining that she wouldn’t be able to attend the event unless she apologised for her behaviour.

“As it currently stands, we cannot allow you to come to DragCon (in any form). We need to see you make a sincere public apology. This apology has to make it clear that you do not condone violence against another person (including other queens) and that you will in no way encourage others to act violently (or otherwise inappropriately).”

In response, Tyra posted: “Multiple times I stated that violence is not the answer and that queens of my upbringing sometimes express ourselves differently than most. I understand you may not understand this as you have only appropriated our lives, our attitudes and our mannerisms.

“You can continue to push your narrative that I’m some angry black queen, but you and I know that is simply untrue. If you want to remove me from DragCon because of some drag queen drama then by all means remove me.”

RuPaul’s DragCon will take place 11-13 May at the Los Angeles Convention Center.