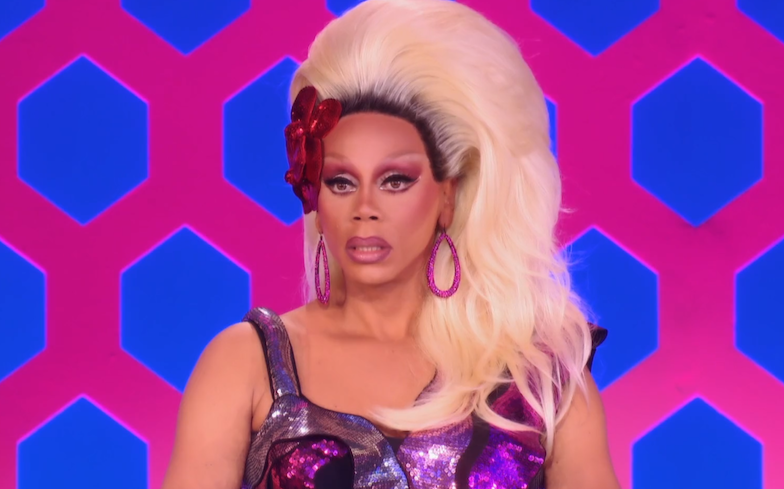 The latest episode of All Stars has resulted in several Drag Race “fans” hurling racist, abusive and threatening comments at one of our queens, all because of a contestant’s departure.

For this week’s main challenge, the queens were tasked with designing two killer looks for the ‘Warhol Ball’.

The first look paid homage to Andy Warhol’s Campbell soup paintings, where they had to create a soup can that represents their charisma, uniqueness, nerve, and talent. Their second – inspired by Warhol’s favourite club, Studio 54 – had the contestants design a look inspired by disco queen couture.

Trixie Mattel and Bebe Zahara Benet landed their first win of the series, while Shangela and Aja found themselves in the bottom two. The bottom queens pleaded their case, and the top two performed a lip-sync to Diana Ross’ 1979 disco hit, The Boss.

Bebe lip-synced the mother-tucking house down, and was awarded a cash prize tip of ten thousand dollars. The power to eliminate a bottom queen was then bestowed onto the season one winner, and the difficulty of her decision was evident.

“When I was coming to this competition, I didn’t know what my relationship was going to be with all of you girls,” she told the queens. “I came here and bonded with every single one of you, and I just hope we stay as family.”

She then revealed her decision to send Aja home, resulting in a hateful reception from her fans, including racist abuse and death threats.

Most fans on Reddit – the real fans, the type who don’t abuse our queens – were disgusted with the comments.

See their reactions below.

saphedy: “Her Insta is getting spammed with monkey emojis and snake emojis. Lots of racial slurs and general awful words. Bebe does not deserve this guys. It’s a fucking tv show and our Regal winner is getting attacked by basic bitches. Show our girl some love.

Shiloewillcutyou: “This behavior is fucking disgusting… how does one justify being so petty, ignorant, & hateful?”

glitterfitte: “I wish there was a way to block these people from ever seeing the show itself or any of the queens on social media or irl. They don’t deserve to even try being a part of this community if THAT is how they wanna act.”

SonicBoomBoom: “I mean I also hated tonight’s episode and frankly thought Bebe deserved to be in the bottom, but wtf it’s not like Bebe did anything wrong? She didn’t pick the bottom two or put herself in the top. She did what she was asked and had to make a shitty decision.”

CucuChancleta: “I am fucking shocked and disgusted, as one of the biggest Bebe stans on this whole ass earth seeing your fave get torn apart is awful. Bebe does not deserve any of this and if these people think it’s right to tear someone down for doing what was required of them, then they honestly shouldn’t be allowed to watch this show they don’t have the actual right state of mind to watch.”

kingdom6656: “I can’t believe people are calling her a “slave” and saying they want to “scalp” her. What the fuck is wrong with people?”

surferwannabe: “I’ve watched the show since day 1 and I have never ever seen it this bad. Not even with the entire Phi Phi and Alaska situation in AS2.”

Aja slammed the hate, telling fans on Twitter: “MY ELIMINATION DOES NOT WARRANT HATE TOWARD ANYONE!!!! MAY I REPEAT. IF YOU SUPPORT HATE AND RACISM THEN YOU DO NOT SUPPORT ME! IF I SEE IT – YOU WILL GET BLOCKED. that is not the T! calm that shit the fuck down.

“Its a god damn show. a fucking show about mostly men in dresses. and in my case a beautiful woman from st tropez – i dont like seeing hate. its tacky and nobody deserves it.”

She added: “IF U WANNA FOLLOW ME THEN FOLLOW ME BUT DONT THROW HATE AT OTHERS. ITS NOT HER FAULT!”

MY ELIMINATION DOES NOT WARRANT HATE TOWARD ANYONE!!!! MAY I REPEAT. IF YOU SUPPORT HATE AND RACISM THEN YOU DO NOT SUPPORT ME! IF I SEE IT – YOU WILL GET BLOCKED. that is not the T! calm that shit the fuck down,

IF U WANNA FOLLOW ME THEN FOLLOW ME BUT DONT THROW HATE AT OTHERS. ITS NOT HER FAULT!

If you love RuPaul’s Drag Race – stop going against everything the show stands for. Be kunty. Not a kunt.