After taking over the world with TV sensation Veneno, Javier Calvo will be a judge on the Spanish version of RuPaul’s Drag Race with his partner Javier Ambrossi.

Madrid-based TV director and filmmaker Javier Calvo is surfing the crest of the wave when it comes to LGBTQI+ representation in fiction. Together with his partner, Javier Ambrossi, they have created in the last years some of the most acclaimed productions in Spain’s audiovisual industry, such as Netflix’s comedy series Paquita Salas and the movie Holy Camp!

He first started working on TV in 2008 as Fer, one of the main characters in youth television series Física o Química. Their last creation Veneno was publicly praised by Michelle Visage and RuPaul herself.

Speaking to GAY TIMES, the jury member of the upcoming Spanish version of Drag Race has told us what makes a great drag queen and how excited he is to make the Spanish drag style known to the world. Check our conversation below.

Drag Race is a TV show known worldwide, what does Spain have to contribute to the franchise?
In Spain we have had a very strong drag tradition for a long time, what happens is that it has always been in gay bars. As a spectator, I have really enjoyed that culture, but it has rarely been brought to the screen. I want to see how the world receives Spanish drag and its humour, which gathers all of our culture that is very rich and plays a lot with the elements of our tradition. It is a very specific drag, sometimes very local, although the younger ones already know something more international, but I want to see how this is received. In the end, the world likes everything Spanish a lot and it is received very well.

What is the main attribute of a drag queen for you?
What RuPaul has said many times: charisma, uniqueness, nerve and talent. But I think it has a lot to do with identity, with artistic expression, coming from a place of its own. We are [the LGBTQI+ community] experts in taking our pain and turning it into art, humour, into something beautiful. Drag is the ultimate expression of that. Take your experiences and create a character and express yourself through the way you dress, act, make-up and thus make yourself known. That is what I value the most in a drag queen that lets us know who she is through the way she expresses herself.

We come from a reality with a scarce presence of LGBTQI+ actors and characters in Spanish television to suddenly celebrating two great successes like Veneno and Drag Race. What was it that made such a radical change possible?
I feel that it has not been quick, it has been many years of struggle, counting with the fingers of our hands the LGBTQI+ presence in series and movies. We are a generation lacking references in our childhood, we have looked for LGBTQI+ references turning every stone, this is why whenever a series shows a gay love story it has travelled perfectly anywhere in the world. A series like Veneno, or Drag Race, immediately became a boom internationally because we are hungry for such stories. Added to the fact that we have a lot of talent and that we can conquer the public beyond the LGBTQI+. This is what has made Veneno or Drag Race not only a success within the LGBTQI+ community but also beyond. 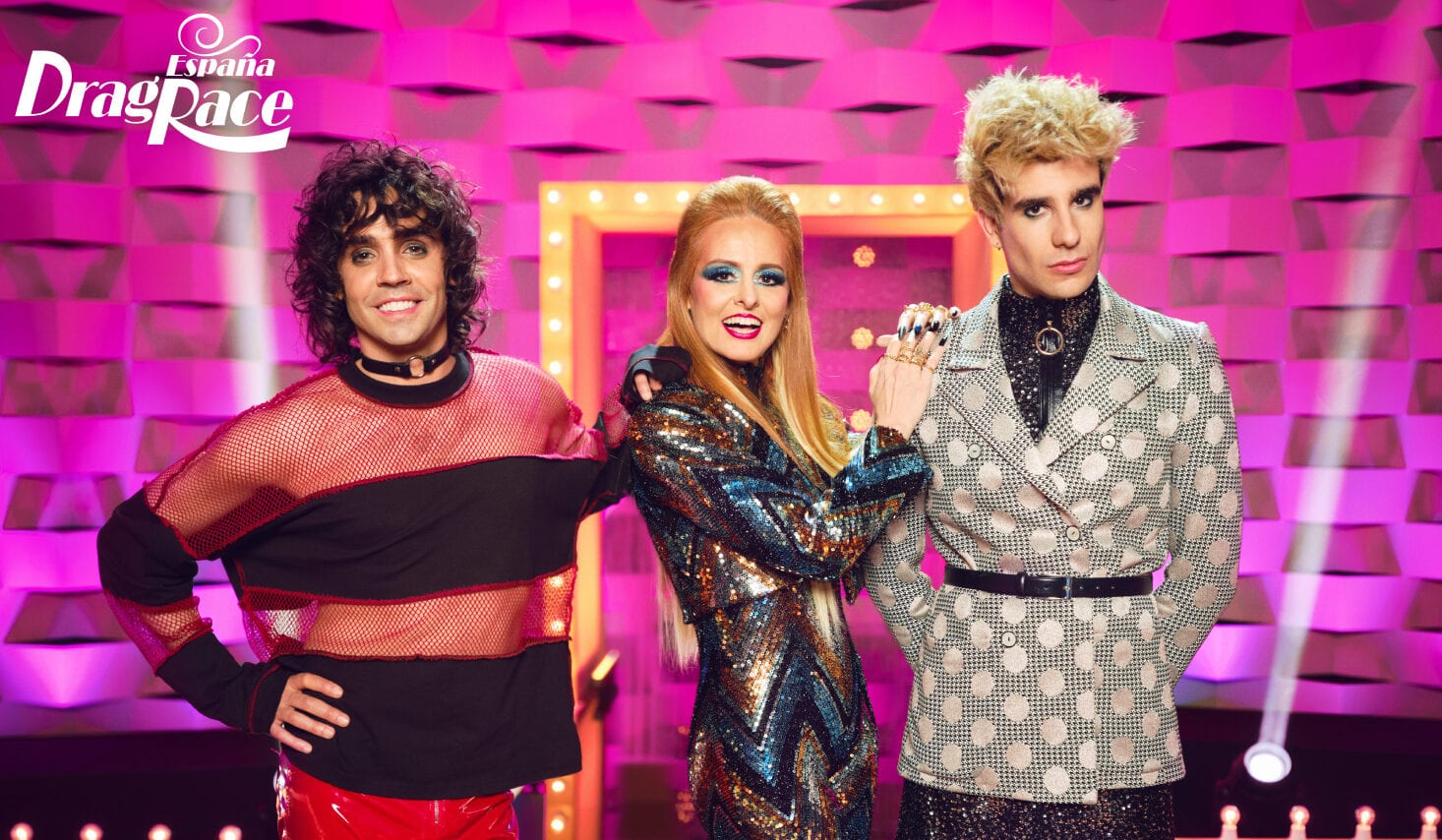 Speaking of television, what is the main difference between directing fiction and participating in a reality show like Drag Race?
We have been acting teachers at Operación Triunfo [a talent show similar to The X Factor] and it’s quite the same formula. For an artist to shine, you have to give them security, confidence and make them feel free to express themselves. Within our community we are very used to being hurt. We have chosen to give our opinion from a place of love and wishing for that person to grow and to bring out everything they have inside. Never from criticism, nor from harshness. Judging was very complicated because it is difficult for me to reduce myself to just an opinion. I like to go hand in hand and fight together so that this moves forward.

What has been the response of the contestants to your critics?
I was very surprised by how they have been able to listen to our opinions and bring something new the following week, applying to their drag everything we have said. It was a bit more difficult for me because I couldn’t help them as much as I wanted, it depended on them, but it was also very nice to watch how they managed to solve by themselves and grow after every task that they encountered.

Did you know any of the contestants beforehand?
Yes, I knew Supremme [de Luxe], I have been following her for many years, and also Pupi Poisson because she has been working for a while. She has released several songs and is very talented. I believe I also knew some of the others, but the youngest I didn’t know. They have surprised me a lot.

Are the challenges focused on local culture or have they opted for a more international approach?
I believe that the concept is universal and that is how the scriptwriters and the direction of the program has understood it. They have updated a lot of challenges and brought them to our territory. That has given a lot of variety and richness and made the format more interesting. They have made the show very local, but that is what is going to make it more international, because it has personality.

Speaking about the franchise in general. Who are your favorite queens?
Sasha Velour, Miss Vanjie and Valentina.

Who would you play in the Snatch Game?
I would impersonate Glòria Serra, a Spanish journalist who says everything with great intensity and drama.

Which song is your lip sync classic anthem?
Something very Spanish like Y yo sigo aqui by Paulina Rubio, or something more dramatic like La fiesta terminó by Paloma San Basilio or even some classic camp songs.

Drag Race España premieres here in the UK on Sunday May 30th exclusively on the streamer of all things drag, WOW Presents Plus. Subscribe via visiting: https://uk.wowpresentsplus.com/ 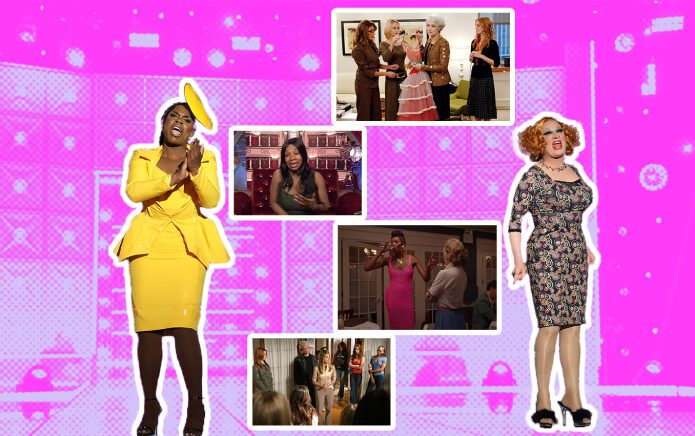 What do Tiffany Pollard, Viola Davis and Sarah Michelle Gellar all have in common? They're overdue a Drag Race lip-sync.