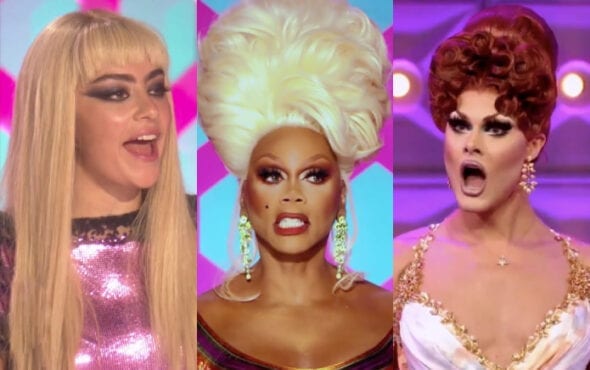 The brand Ru trailer for Drag Race All Stars 6 has dropped and it’s… a gag.

Premiering this summer on Paramount+, the teaser for the highly-anticipated season promises the “mother of all twists” that will force Drag Race viewers – and the contestants – to “forget everything they know about All Stars”.

The trailer also teases some unexpected drama and conflama between two of the queens, fierce stunts for the spin-off’s staple talent show challenge and of course, jaw-dropping main stage presentations.

The winner of All Stars 6 receives $100,000 doollahz and will be inducted into the Drag Race Hall of Fame alongside Chad Michaels, Alaska, Trixie Mattel, Monét X Change, Trinity the Tuck and Shea Coulée.

All Stars 6 debuts on the streaming service on 24 June with two back-to-back episodes, followed by weekly drops every Thursday. Untucked will also be available to stream on Paramount+ immediately after each new episode.

A premiere date for the UK is yet to be announced, but if it follows in the footsteps of All Stars 5 last year, then we’re expecting it to be released on Netflix the following morning. We’ll make sure to keep you updated.

Watch the brand new trailer for Drag Race All Stars 6 here or below.