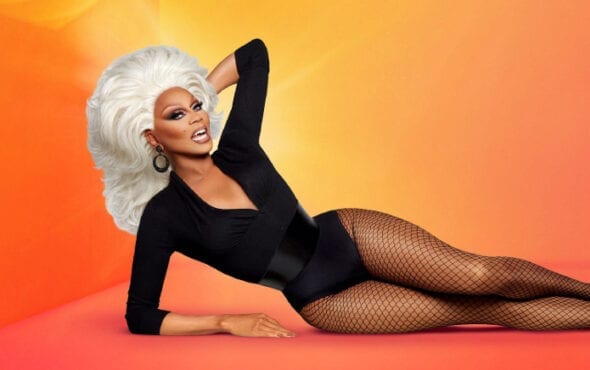 RuPaul’s Drag Race All Stars is back and the queens have come out swinging honey.

Following minutes of anticipation, the sixth season of the superstar spin-off sashayed back onto our screens this week and made herstory for the franchise with the most diverse group of contestants ever.

In the star-studded premiere, the queens read each other for filth before competing in the franchise’s staple maxi-challenge, the All Star Talent Show. A majority of the contestants lip-synced and danced to their own tracks, while Trinity performed stand-up, Ra’Jah concocted a dress in under a minute and Scarlet slayed with a giant bubble wand routine.

Serena and Trinity’s performances received harsh reviews from the judges, while Pandora, Ra’Jah and Yara were praised – particularly the latter, who ultimately won the first maxi-challenge. Following on from the rules of last season, Yara then prepared to lip-sync for her legacy against the first secret assassin, who was revealed to be season five and All Stars 2 icon Coco Montrese.

To the beat of Mark Ronson and Bruno Mars’ Uptown Funk, the queens battled it out with booby bounces and costume ruveals, before Coco was crowned the winner. She then unveiled a lipstick with Serena’s name, saving Trinity in the process. However, a twist later revealed that Serena has a chance to return to the competition thanks to – in RuPaul’s words – the new “game within a game” format. Because we are being so well fed this season, the second episode premiered at the exact same time and saw the queens’ sewing skills put to the test with a Blue Ball. With 12 contestants left in the running, 36 – we repeat, 36 – looks were showcased in total. It was bold and it was blue-tiful, but as per, a few of contestants didn’t live up to expectations; particularly Jiggly, A’Keria and last week’s winner, Yara.

After an emotional Untucked, in which Yara refused to beg for her place in the competition and Jiggly fought to stay, the lip-sync assassin for Ra’Jah was unveiled to be none other than Brooke Lynn Hytes, season 11 runner-up, Canada’s Drag Race judge and participant in one of the most epic showdowns ever: Sorry Not Sorry.

The lip-sync, to Janet Jackson’s Miss You Much, was a gag. Both contestants flipped, kicked and pulled out other sickening tricks, resulting in a well-deserved double win. (We’re gonna have to update our best lip-syncs ranking soon because it was pure fire.) This meant that both queens had the power to eliminate one of the bottom contenders. Although Untucked deliberations hinted at a possible save for Jiggly, she was eliminated by both Ra’Jah and the rest of her sisters.

Like Serena, RuPaul later stopped Jiggly in her tracks and told her she has the opportunity to slay another day. What could the twist be? Another LaLaPaRUza Eleganza? Will we be blessed with another gag-worthy mirror stunt? Or has Ru got something more… sinister up her sleeve? With one of the most diverse, talented and bonkers casts in Drag Race herstory, we cannot wait to see what transpires this season.

On next week’s episode, the 11 remaining contestants will create ads that promote their “side-hustles”. It will premiere 8am in the UK on WOW Presents Plus and later in the afternoon on Netflix.