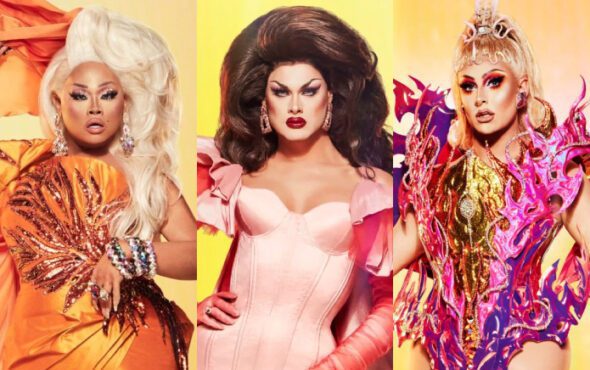 The eliminated contestants of RuPaul’s Drag Race All Stars 6 have shown off their planned runways for the latest episode.

(We ranked six all of their performances from worst to best, which you can check out here.)

Later, they stomped down the runway in front of Tina motherfucking Knowles in a pop art-inspired ensemble. The theme blessed viewers with some of the most gag-worthy runways of the season. Honestly, there wasn’t a [insert gif of RuPaul saying “meh” here] to be found.

The gags continued off screen as three of the season’s eliminated contestants – Jiggly Caliente, Scarlet Envy and Jan – showcased their planned outfits with sickening – we repeat, siiickening – photoshoots on Instagram.

In response to Jan’s innovative look by her cousin JDB, one fan said: “Constantly raising the bar for everyone, and doing it flawlessly.”

Peppermint spoke for all of us as she commented on Scarlet’s post: “Girl, this is it.”

Jiggly’s look, which paid tribute to her iconic “You can call me Jiggly” catchphrase, received unanimously positive reviews with support from fellow Drag Racers such as Kylie, Pandora, Manila Luzon and The Vixen.

Can we give a Top Toot to all three?

Next week, the top five contestants of All Stars 6 will transform themselves into live-action characters inspired by the Drag Tots. It will be available to stream in the UK on Thursday on Netflix and WOW Presents Plus.