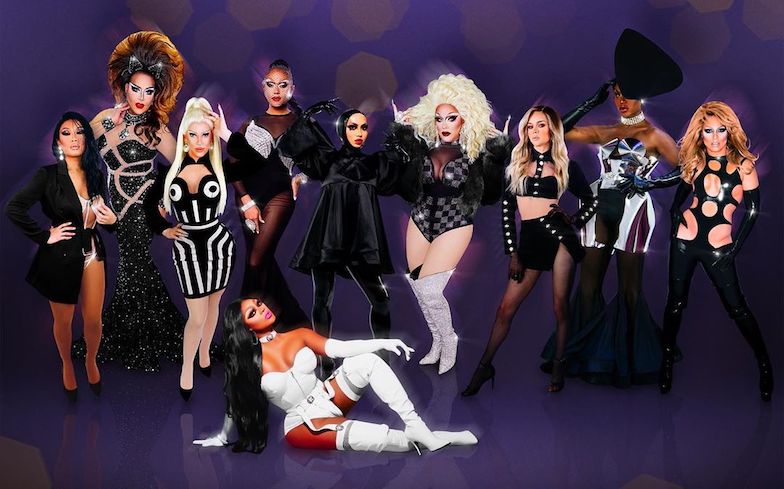 We asked, they delivered.

The queens of Drag Race All Stars 5 have unveiled an unofficial cast photo for the season.

Shortly after the queens were announced earlier this year, fans were waiting with bated breath to see how the cast photo would match up to the sickening promo shoots for the second, third and fourth season of All Stars.

Due to lockdown measures caused by the coronavirus pandemic, All Stars 5 sadly became the first ever season of Drag Race to not produce an official promo. Instead, their werkroom entrance lewks were compiled into a collage (see below).

This week, the queens shared an “unofficial cast photo” shot in isolation, with a black and white theme and purple backdrop.

“This photo was birthed out of equal parts excitement, creativity, frustration and boredom due to COVID-19. We couldn’t just sit there and NOT let you all have a cast photo,” they wrote in each of their Instagram statements.

“We know there is a lot going on in the world right now so we’re using this opportunity to give back to those in need.”

The contestants have partnered with @MyBestJudy to sell limited editions of the promo on archival photo paper, and the profits will be equally divided and donated by the cast, My Best Judy and Dan Polyak, who photo-composited the shot.

The organisations they are donated to include Brave Space Alliance, the first Black and trans-led LGBTQ+ centre in the South Side of Chicago; Trans Resistance, who provide critical assistance to low-income trans people in Massachusetts; The Trevor Project, the leading national organisation for providing crisis intervention and suicide prevention to LGBTQ+ youth; AMFAR, a foundation for AIDS research dedicating to ending the global epidemic; and NEDA, who support those with eating disorders.

Check out the stunning cast photo for Drag Race All Stars 5 below.

The first two episodes of Drag Race All Stars 5 are available to stream in the UK on Netflix.

On this week’s episode, the queens will dive into the world of celebrity branding as they design their boutique hotel experiences, with special guest judges Nicole Byer and design guru Martyn Lawrence Bullard.