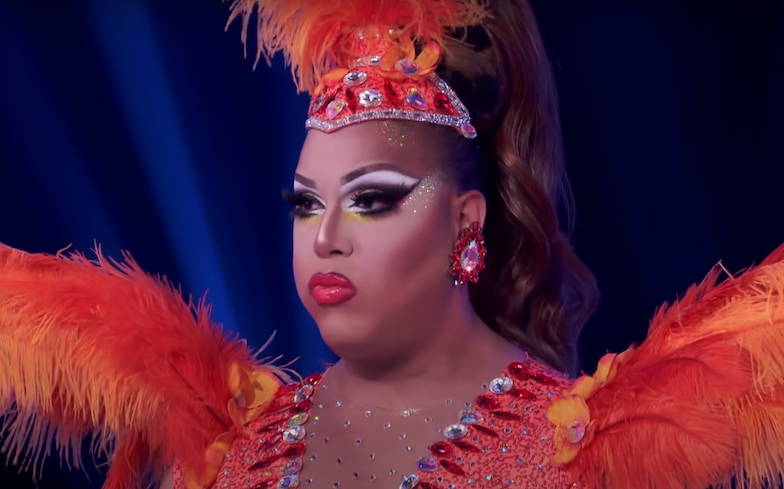 Ooh – in the words of Drag Race season 12 winner Jaida Essence Hall – “chile,” the queens of All Stars 5 did not come to play this season, huh?

After becoming acquainted with their competitors, the queens participated in Drag Race’s staple reading challenge with the help of special guest star Ricky Martin. Nine contestants delivered, with Jujubee and Blair sharing a tie for shadiest queen, while Ongina proved her status as season one’s robbed Miss Congeniality with some of the worst reads we’ve ever witnessed on the series. It was adorable and Ongina needs to be protected AT ALL COSTS.

While none of the queens fell as hard as Farrah Moan on All Stars 4, Ongina (dance number), Derrick (celebrity impersonations) and Mayhem (live singing) failed to impress the judges, with the latter two landing in the bottom.

India emerged triumphant over her competitors, before RuPaul ruvealed this season’s major twist: each week, the top All Star will lip sync for her legacy and a cash prize of $10,000, as well as the power to chop one of the bottom queens, against another ruturning lip sync assassin from a past Drag Race season. If the lip sync assassin wins, the eliminated queen will be determined after a majority vote from the rest of All Stars 5 cast, and the $10,000 will roll over until the next competitor wins a lip-sync.

In the words of Alexis, “sickening, no?” This week’s lip sync assassin was ruvealed to be none other than season 11 winner Yvie Oddly. The producers aren’t playing this season either, are they? To the beat of Ricky’s dance-pop classic, Livin’ la Vida Loca, the queens pulled out all the flips, splits and tricks, with Yvie reminding us of her Cirque de Soleil-esque abilities that shattered the main stage last year in a legendary showdown with Brooke Lynn Hytes. It was jaw-dropping.

Ultimately, Yvie conquered over India and ruvealed who the safe queens opted to eliminate. WARNING: if you haven’t seen it and don’t wish to know who sashayed away, turn back now. We warned you… Sadly, Derrick became the first queen to leave All Stars 5. Lordt, we’re going to miss out on some great television slash drama this season, aren’t we?

Check out the best Twitter reactions from the Drag Race All Stars 5 premiere below.

RuPaul’s Drag Race All Stars 5 – and Untucked! – continues next Friday in the United States on VH1 at 8pm. The premiere and the second episode will be available to stream next Saturday on Netflix for UK viewers at 8am.