Drag Race All Stars 5 crowns its winner in sickening finale 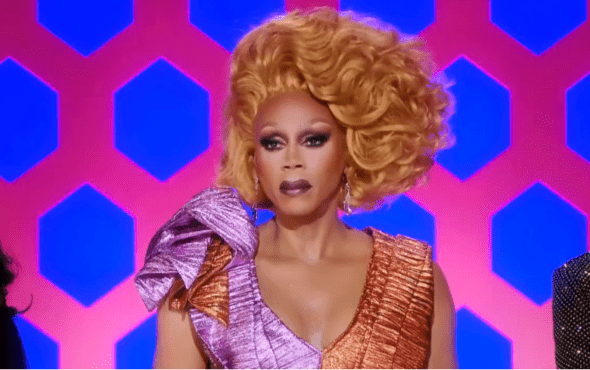 And we finally get to the bottom of what happened with VoteGate.

RuPaul’s Drag Race All Stars 5 has come to its end, after snatching many wigs and leaving many LGBTQ+ journalists slayed, and it has crowned its worthy winner. Obviously, this article contains spoilers throughout, so if by some twist of events you haven’t yet caught the episode, DO NOT read on further.

This week, the top three All Stars had to write their own solo verse, as well as perform in a dance routine, for RuPaul’s latest hit, Clap Back, which is about hitting out at the haters. And given the vitriol aimed at the queens, especially queens of colour, over the past few years, it’s a welcome message.

But before we got to all of that, we were treated to a mini-reunion with the queens, and with any season of Drag Race, there was a lot of drama, so we were all popcorn machine ready. Mayhem Miller started by asking about India Ferrah and Derrick Barry’s feud, and while India said she was “comfortable” with where their relationship was, Derrick wanted an apology before she could move forward, which India gave her.

Derrick then asked Ongina about her self-elimination, to which Ongina said she came into the competition “confident and fucking ready” but ended up so defeated after her failure in the reading mini-challenge. She also said that she felt guilty about eliminating either India or Mariah due to how well they had performed in the challenge before. However, Ongina wasn’t the only self-elimination, as Mayhem eliminated herself over India, something that “irritated” Mariah, given that she’d been eliminated the week before. Mayhem defended herself though, saying she was proud of what she and India had done, and didn’t want to campaign against her sister.

But then we got to the T that we all wanted, what happened in VoteGate? Did Alexis really conspire to send Shea home? Well, the answer is no, and Mayhem looked perplexed when the issue was raised, and was “confused” over why she was drawn into the drama and seemingly “thrown under the bus”. Mayhem confirmed there had been “no campaigning” and that she’d voted for Shea on her own, as Mariah was her sister, and she had the deal with India not to eliminate her. The discussion culminated with Shea apologising to Alexis for suspecting her.

The queens then moved onto their dance routine with guest judge Todrick Hall, and Jujubee has him in hysterics when she asks him to go over “all of it” when it came to the footwork. Meanwhile, Miz Cracker noticed Blair St. Clair memorising the dance routines herself, calling her the “understudy” who was ready to replace any fallen queen. After dance practice, the queens appeared on Ru and Michelle’s podcast, What’s the Tee?. During the podcast, Jujubee spoke about how singing had replaced drinking in her life, and how much focused on drag she is now then when she first appeared on the show, and how she was once approached by a “big dude” in the south, who wanted to introduce his wife and daughter to her. Meanwhile, Miz Cracker said that “everyone has something to fight for and you can’t do it if you’re broken” and reflected on how drag is political, and that people hurting is what has led to all of the hatred in America. Shea then spoke about how she learned to make herself happy and drag needs to come from the heart, and about the pressure that she’d put on herself to win Season 9 because of the passing of her father and sister.

On the runway, the category was All Star Eleganza and all of the queens S-L-A-Y-E-D, with there being way too many incredible looks to be able to name a favourite from them. And after the last queen walked the runway, Carson commented on how it had been the best runway in Drag Race HERstory, and you will find no arguments to the contrary here. Ru declared that Jujubee, Cracker and Shea would then lip-sync for the crown, after a brief message from last year’s winners, Trinity the Tuck and Monét X Change, to Janelle Monáe’s bisexual anthem, Make Me Feel. The queens all served different takes, with Jujubee writhing on the floor multiple times, Miz Cracker serving her great dance moves and a glitter reveal, and Shea delivering with robot realness.

After a great lip-sync, Ru declared Shea as the winner of All Stars 5, cementing the Drag Race legend’s place in the Hall of Fame.

And on social media, fans were delighted. “LOOK AT OUR AS5 WINNER SHEA COULEÉ,” wrote one. And another wrote: “CAN YOU BELIEVE THIS IS OUR WINNER LIKE T.H.I.S. IS OUR WINNER, >OUR WINNER<. WHAT THE FUCK DID WE DO TO GET SHEA COULEE AS OUR WINNER?? THE THINGS SHE’S GONNA DO WITH THIS TITLE, LITERALLY NO ONE IS READY.” LOOK AT OUR AS5 WINNER SHEA COULEÉ #AllStars5 pic.twitter.com/vPsHIvkIBJ

CAN YOU BELIEVE THIS IS OUR WINNER LIKE T.H.I.S. IS OUR WINNER, >OUR WINNER<. WHAT THE FUCK DID WE DO TO GET SHEA COULEE AS OUR WINNER?? THE THINGS SHE'S GONNA DO WITH THIS TITLE, LITERALLY NO ONE IS READY#AllStars5 pic.twitter.com/xAlCvAEIuR

how did we get so lucky to have these 2 as our current reignings… what a time to be alive 🤩 #allstars5 pic.twitter.com/dowNXrO02Q

IF GOD HATES GAYS WHY DO WE KEEP WINNING??? #AllStars5 pic.twitter.com/9Ex1c8ZMIH