Drag Race All Stars 4’s massive twist has been explained 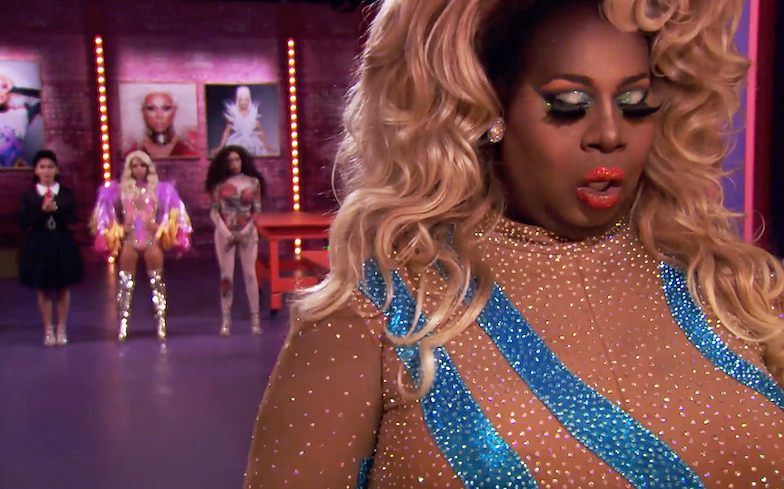 “For the first time in Drag Race HERstory, we’re having a Lip Sync LaLaPaRuZa.”

The latest clip from All Stars 4 has revealed the gag-worthy twist for the upcoming sixth episode.

In the last instalment, the queens paid tribute to Lady Bunny by roasting her for filth, which led to Manila Luzon and Monét X Change winning the challenge and battling it out in a lip sync on the main stage.

After both contestants left us gooped and gagged, RuPaul revealed that they had both won the showdown and were awarded a cash prize tip of five thousands doollahz.

The Emmy Award winning host then announced a shock twist: that nobody would be going home.

The top six then returned to the werk room and discovered an ominous mirror message from RuPaul that read: “Get ready to lip sync for your life, life, life.” Latrice Royale, Gia Gunn, Farrah Moan and Jasmine Masters suddenly appeared behind them, ready to ru-turn for their ru-venge.

“For the first time in Drag Race HERstory, we’re having a Lip Sync LaLaPaRuZa,” RuPaul tells the queens in the clip. “In reverse elimination order, each of you gets to choose which current All Star you think you can take down in a lip sync for your life.”

Ru adds: “If the eliminated queen wins, she re-enters the competition and sends the current All Star home.”