Drag queen’s father had the best response to homophobic trolls 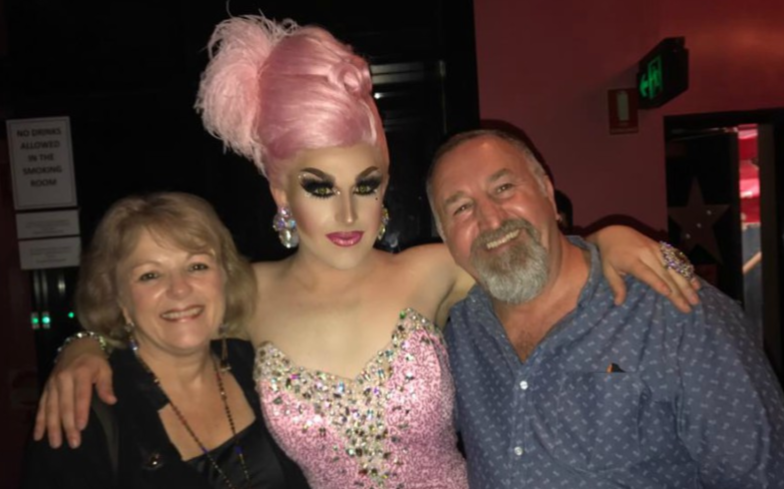 Over the Easter weekend, Sydney hosted a Drag Story Time event. And as is expected, some people weren’t too happy with this…

Marijke Rancie – who writes under the pseudonym of PoliticalPostingMumma (PPM) – wrote about her disgust of the event. She targeted the drag queen in attendance, Hannah Conda, opening Conda up to a torrent of homophobic abuse from PPM’s followers.

Speaking to Gay Star News, Conda told them of the distress it had caused, saying that it felt like they were “ripping us (the LGBTQ community) to shreds.”

And all of the abuse caused Hannah Conda’s father, Michael Collins to step in. He initially wrote on PPM’s Facebook page, but she deleted the comment and blocked Collins, causing him to write out what he said on his timeline.

“You really are a piece of work Political Posting Mumma, you continue to allow nasty and inflammatory posts that fuel hurtful commentary about an individual and a wonderful program within a community, a community that you really know nothing about,” he wrote.

He then said: “If I may refer to a saying my Grandmother used to say about people like you; “they’d cause trouble in an empty shithouse”.”

Collins continued, writing: “I find it even more disgusting that the owner of this page, someone who professes and promotes Christian and family values do not act as such, opting to incite nasty and inflammatory diatribe to continue on at the expense of a group or individual.

“My son is Hannah Conda, a drag queen and a very good one at that.

“He is a beautiful human being who has dedicated much of his life to his craft, his family and above all his community.

“I too will do whatever it takes Political Posting Mumma to protect my children, but my job as a parent is to give them a good grounding in their life and to be supportive of their endeavors, to lead by example, guide them to be becoming good citizens in our wider community,” he continued.

He then urged parents to demonstrate love instead of hate to their children, writing: “‘I have seen first hand and way too often, the terrible sadness that exists with young people who are not accepted by their own families because they are merely gay.

“If you really want to make a difference in the world we live in, start by being a nice person!” he finished.

Sadly, Conda isn’t the only drag queen to be targeted with abuse recently. Earlier this week two RuPaul’s Drag Race queens were targeted in a kebab shop in Newcastle. Shea Coulee and Farrah Moan were called “slut”, “faggot” and “walking STD’s” by a group of unidentified females in a video uploaded to SnapChat.

But sassy as ever, Moan responded to the abuse saying: “We’re touring the world being gay while you’re living in Newcastle with your crusty ass eyelashes.”