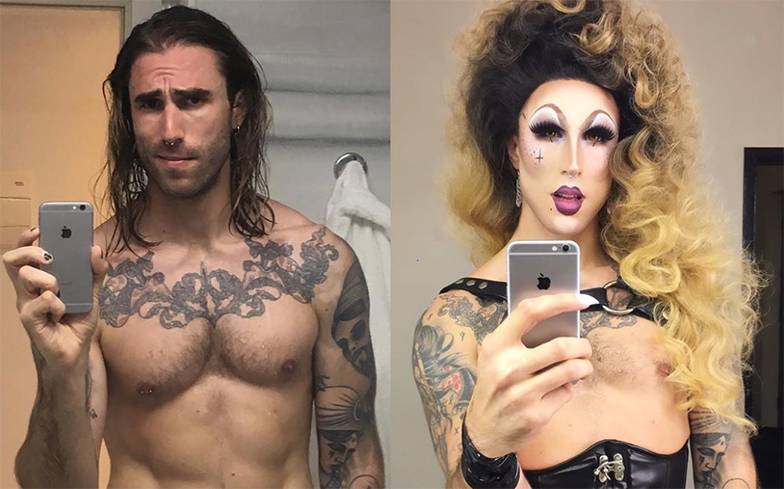 “The SAS is something that has been part of my family for my entire life.”

Cybil is one of 25 people competing on the reality quasi-military training programme, which sees its contestants in harsh environments around the world in a two-week long course that is designed to replicate Special Air Service selection.

This week (14 January), Cybil unveiled her sickening alter-ego as she joined hosts Piers Morgan and Susanna Reid on the controversial morning talk show, and revealed she entered the series as a “tribute” to her father.

“The SAS is something that has been part of my family for my entire life, but it’s so secretive,” she explained. “But my dad just went to work, that’s how I saw it. You knew he was in the SAS, but you didn’t know what that meant.”

Cybil started experimenting with drag when she lived in New York six years ago, and came out to her father when she was 18.

“My dad is ever the stoic army colonel,” she said. “I had to turn the TV off to have a serious chat with him. I spent an hour in my bedroom walking around going, “Dad, I’m gay,” trying to find that perfect way to say it.”

Although it went “surprisingly well”, Cybil’s father didn’t entirely agree with her drag because “being gay is one thing for your parents to deal with, being a seven foot drag queen is not something most SAS guys probably come across very often”.

Since she came out as a drag queen, Cybil’s father has only attended one of her performances.

“I think to begin with, he would probably be more comfortable in a war zone,” she joked. “An LGBTQ club at Halloween is all sorts of costumes and nudity, so his eyes were opened.”

When asked if she entered the show to ‘prove’ something to her father, Cybil admitted: “A little bit. Part of the reason for going on the show was to get a sliver of a glimpse of an insight into what he went through in his long and decorated career.”

Watch Cybil discuss her drag and relationship with her father below.