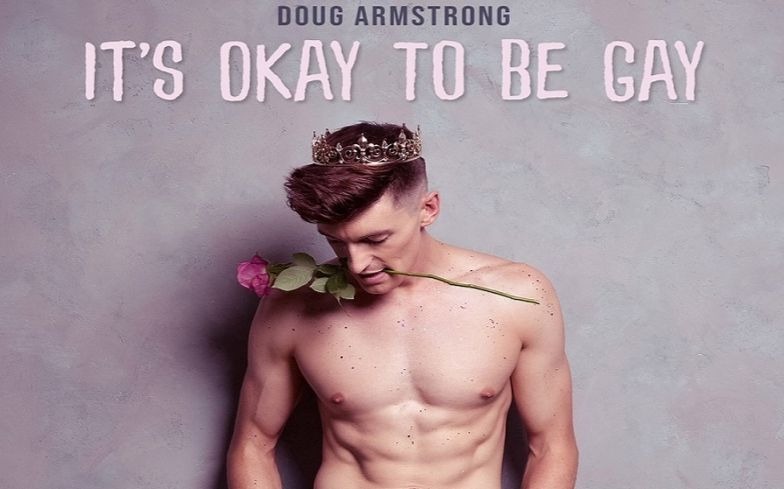 The YouTuber has released the EP across a wide range of platforms.

Doug Armstrong has released a new comedy EP in the hopes of inspiring young LGBTQ people who are struggling to just be themselves. The EP features four comical, edgy songs all with an LGBTQ influence.

The four songs included are It’s Okay To Be Gay, I Really Want a Boyfriend, I Wanna Wear a Crop Top and What I Like About Guys. The lyrics are designed to have a deeper meaning, despite their comical content, and the singer is a parodied version of Armstrong.

Armstrong has a social media following of around 400,000 people, and he regularly entertains them with his lifestyle and travel videos. Over the past three years, Armstrong has shifted some of his content to be more LGBTQ-themed, and he produced this EP in London.

Speaking about the release, Armstrong said: “There are so many LGBT youths who are struggling with their sexual identity, and I’m very lucky to have a platform where I can reach them and let them know things get better.

“I wrote these songs to show people that they shouldn’t be afraid to embrace their sexuality and talk (or even sing and dance) about it freely.

“I often get messages asking for advice about being gay or how to come out, and as giving individual advice can be tricky, I resorted to what I know best – music – to reach people and lead by example in showing comfort in being my unreserved self so publicly. He continued, saying: “Having been creating content online regularly for five years, my audience has seen me grow and develop as a person. Five years ago I was not out online nor to my parents, and barely even had things figured out for myself.

“Year on year I’ve become more comfortable in my own skin, and more confident in sharing that online.

“I hope that by expressing myself and conveying my journey and experiences through music, other people who are still figuring out their own struggles may be able to relate and find comfort in the fact they are not alone, and hopefully even love themselves more as a result.”

The EP received a lot of support from Doug’s fellow LGBTQ influencers.

This absolute angel just showed up at my door with surprise cupcakes and presents ❤️🎉 His new EP ‘It’s Okay To Be Gay’ is out everywhere today, please give it the love and support it deserves 🏳️‍🌈 #ItsOkayToBeGay @DougArmstrong pic.twitter.com/pGmSWK44Yq

You know it’s a good day with your friend pops over with unicorns, cupcakes and glitter! ✨

My friend @DougArmstrong released his first EP #ItsOkToBeGay today! Make sure to go check it out on iTunes & Spotify! 🌈 Thank you for my lovely gifts 💜💜💜 pic.twitter.com/7czvvRtlp1

He sent us "gay cupcakes" and an autograph (so lucky 😍) go and listen lads!https://t.co/LxC4S5ZjAE pic.twitter.com/sQHaOnR40M

Alongside his tweet, Calum McSwiggan wrote: “It’s Okay To Be Gay is a masterfully produced and unapologetically queer foray into musical comedy.

“Doug uses his playful lyrics to celebrate his sexuality and connect with a younger generation of gay men. His music is fun, upbeat, and delightfully witty, but above it all it drives home the message that it really is okay to be gay.”

It’s Okay To Be Gay is out now and available to stream on Spotify & Apple Music, or buy on iTunes, Amazon and all the other online music stores.