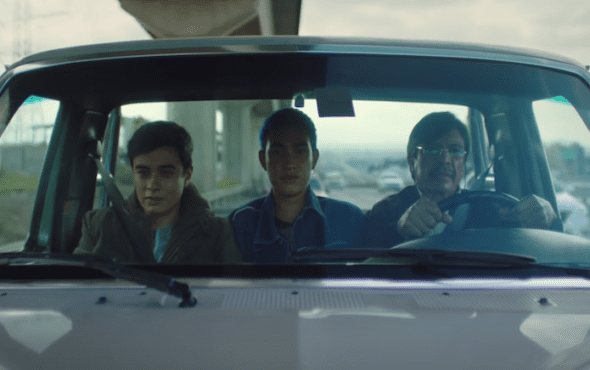 Doritos Mexico have released an emotional advert based on a real life story about a closeted gay son and his family.

Doritos’ latest advert has gone viral and we’re here for it. The new campaign, which came out around Christmas, shows a young man on the phone informing his dad he’s invited his friend, Manuel, over from university.

As the advert continues, it shows a father doing his best to learn more about his gay son by asking for advice online. His post reads: “I am a 52-year-old divorced father and I need help. My son and his friend are a couple and they do not dare to tell me.”

The father becomes increasingly aware of her son’s relationship with his new friend after they attend a diner together and his son places an order for his partner without hesitation.

After piecing the clues together, the advert ends with the father approaching his son at home and letting him know that he accepts him and loves him as he is, which leads to a heartwarming hug.

A brief 15 second clip of the advert was posted on Twitter in mid-December. Translated, the tweet says: “The best gift you can give this Christmas is to accept someone as they are.”

The Doritos Mexico page has been incredibly vocal about LGBTQ+ rights and shared a post in support of the whole community.

The captioned tweet urged readers and their audience to consider LGBTQ+ representation as a full-year activity. “Inclusion shouldn’t take place on a single day. Let’s celebrate all year long” the post read.

Doritos Rainbow is a celebratory campaign which was launched by the brand in 2015, with the release of rainbow-coloured crisps as a symbolic gesture.

Proceeds from the sales, which you could only by through the Doritos site, was by making a eight pound donation for the It Gets Better Projects which supports lesbian, gay, bisexual, and transgender youth.

You can watch the full Doritos Mexico advert here or below: