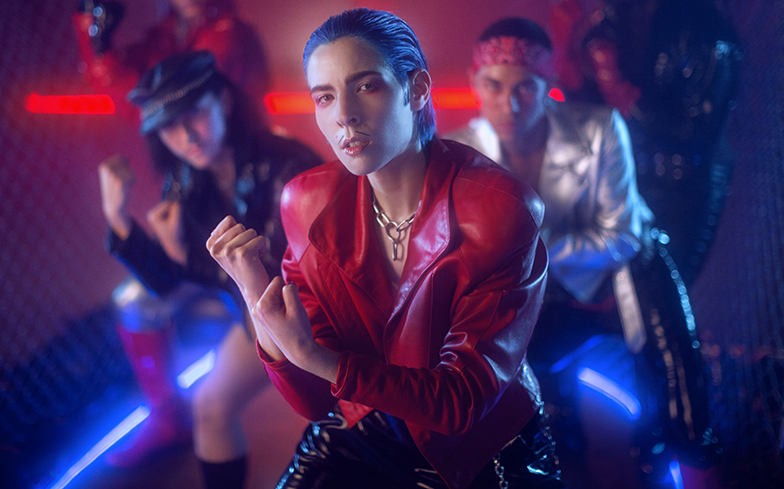 The pop star transforms into a matador, a gladiator, a knight in shining armour and a boxer in the electrifying video for the track, which invites viewers to question their ideas of masculinity, and what it means to be a man.

“Are you man enough to soften up, are you tough enough to open up?” they question on the 80s-inspired song.

Co-directed by Dorian themselves alongside frequent collaborator Weston Allen, the highly-stylised, fashion-forward clip culminates in a tender kiss between the two rival boxers, redefining masculinity for a modern age.

“This video has also been really interesting for me, personally, as an opportunity to explore and express my own fluid gender identity,” Dorian explained.

“I wanted to create a world where it was very clear that I was a ‘man’ kissing another ‘man,’ with all the connotations that has.

“In addition to all the heady, intellectual stuff, I just really wanted to do a video so I could have an excuse to play dress up in all of these looks that made me feel sexy and powerful.”

Watch the video for Man To Man below.