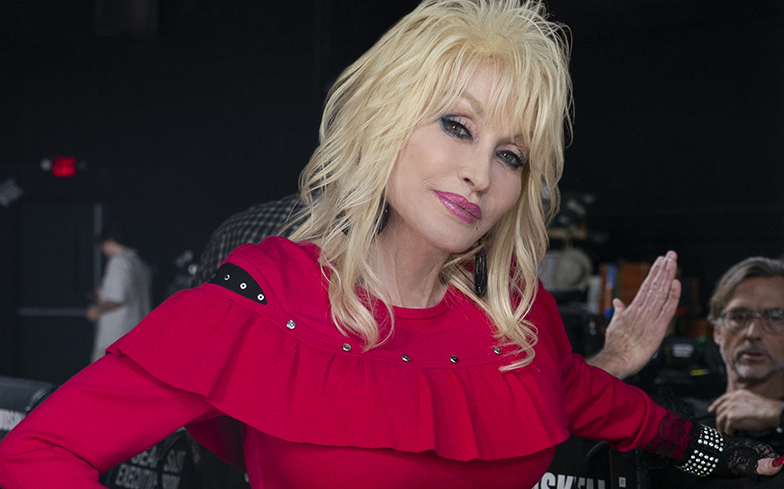 Is Dolly Parton about to be queen of the gay clubs?

The country legend has long teased the potential for an all-out dance album, but it’s sadly never come into existence – so of course, when NewNowNext spoke to Dolly, they had to ask if there was any update on the mythical record.

“I’ve been wanting to do more uplifting music, it just came to me with this Galantis song, and it’s really uplifting but it’s a solid dance beat so I loved the idea that people would be out there dancing and praising God,” she said.

Dolly – who is currently promoting her new Netflix series Heartstrings –went on to reference a previously talked-about track called Just A Wee Bit Gay, as well as an entirely new dance track that she’s recorded.

“I have a song called Dance With Me Darling and so I may at some point put that out. I had a song I’d written years ago called Just A Wee Bit Gay, that’s a dance song and it’s very uplifting and fun,” she continued.

“So who knows? This may be the time I might think about doing a whole dance record.”

We are praying to the Gay Gods™ that this happens.

In the same interview, Dolly also spoke about her love of RuPaul and the drag queens that impersonate her.

“That drag show with RuPaul is great, I’ve always loved RuPaul, who could be a better drag queen than RuPaul? And I love the fact that all the drag queens like to dress like me, I love that, to me that’s a compliment.

“I’ve always joked that if I hadn’t been a girl I’d have been a drag queen, and I’m pretty sure that’d be true, because I love all that gaud and the flamboyant colours and just getting out and doing your thing.

“So I just want to be part of anything and everything going on in this world, and I want to entertain and play to that fanbase. I’ve always been proud of my gay following, and I think they all care about me because I care about them.”

Dolly Parton’s Heartstrings will be available to stream on Netflix from 22 November.