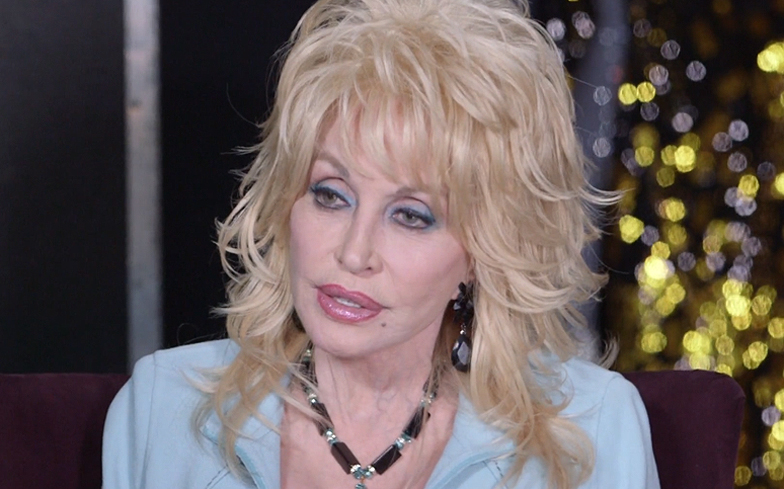 Dolly Parton has full of praise for drag queens and her gay fanbase.

The Netflix film Dumplin’, based off of the book of the same name, was released earlier this month to a mostly positive reception. The film revolves around Willowdean (played by Danielle Macdonald), the plus-sized daughter of a beauty queen (played by Jennifer Aniston), who signs up for a beauty pageant despite her weight.

And the film’s score, which already has a Best Original Song nomination for next year’s Oscars, was composed by country legend Dolly Parton. Speaking to Deadline, Parton revealed that she was initially hesitant to accept the request.

Related: Listen to Dolly Parton and Sia’s emotional new rendition of Here I Am

“When the book first came out, I was really touched by it, and I was surprised,” she said. “And then when they made it into a movie, I thought, ‘I’d be careful. I’ll get in it and it’ll look like I’m on some ego trip or something’.

“But they asked me to write their music, so I was happy to do that…to let them use it, because that is very touching to me to feel like I’ve been an inspiration even to the little girl that wrote the book, and then to play it up like that, it’s nice. Hopefully, I live up to it.” “It’s not that I had to make everything exact, but I wanted to make sure that I covered all the emotions and all the things in the movie.

“So the writing came real easy because I was inspired. In the movie the girl wanted to be beautiful, she wanted to be glamorous, she’s thinking of all of that.

“I thought it was sweet, and I could just picture her sitting in the theater by herself, looking at the picture thinking, ‘one of these days, maybe I could look like that, or I could be that’, and dreaming… dreaming on like in the picture of life.”

And speaking about her favourite scene in the movie, Parton said it was the scene with the Dolly Parton-inspired drag queens.

She said: “Well I have a huge gay following, and the drag queens have always loved me because they’re flamboyant and so am I, and it kind of gives them a little freedom, and they’ve always loved to dress like me because they can kind of over-exaggerate it, so I’m pleased and touched by that. I think it’s a form of flattery, and I’m excited about it.”