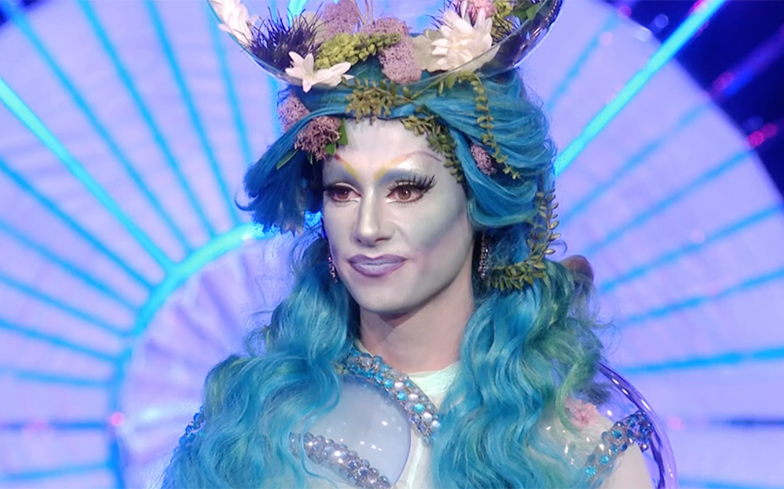 “Whether you believe something or not, it does not stop the fact that I am here. I live.”

Throughout the years, we’ve witnessed our favourite Drag Race queens tongue-pop, deathdrop and shablam etc, but it’s the tender moments between the contestants in the werkroom that leave a lasting impact on the hearts of fans.

Who can forget Roxxy’s bus stop confession in season five? Or when Ongina and Trinity K. Bonet came out as HIV-positive? Drag queens are known for being vivacious and full of life, but its moments such as these that humanise them to audiences.

This week’s episode of Drag Race UK provided us with another. During a conversation with her fellow competitors about being bullied for their sexuality, Divina spoke about how Section 28 personally affected her time at school.

“I got a lot of flack from pretty much everybody in the school,” she revealed. “Growing up for everybody is hard, but then you add on being gay and it’s a whole other level, particularly for the time that I grew up in.

“Section 28 meant that a lot of teachers felt like they couldn’t step in. It did a lot of damage to people like me.”

Divina then educated viewers on how the amendment affected the LGBTQ community. “Enacted in 1988 up until about 2000, it stops the promotion of homosexuality,” she said. “Now for most teachers, that meant it could not even be spoken about.

“It just erases gay people completely. There was no discussion around it, so you have no understanding as a gay person that there can be a different way of living, because you never get told that. That never happens, whereas for a straight person, you are constantly fed, ‘You are correct, you are right, you are valid.’ You don’t get that as a gay person.”

However, the star – who has been a teacher in several different schools – said the attitudes of kids now are “completely different” and recalled an incident in class where a student called her a “fucking faggot” and a “fucking queer”.

“She storms out and everybody else was outraged that she’d said that to me,” she explained, in tears.

“To say the kids are different now is to completely underestimate where we are. It made me feel like all those kids who were like me had hope, they weren’t going to have the same struggle. It wasn’t going to be the same for them.”

The Vivienne then drew attention to the nationwide protests against the inclusion of LGBTQ-inclusive lessons in education.

“Hopefully we are moving into a world where children are taught gay things in school,” she said. “I mean, you look at the protests outside schools because they’re getting taught LGBT education… it’s absolutely horrendous.”

They were aided by Grammy-nominated singer-songwriter and producer MNEK, while Little Mix star and bonafide Drag Race super-fan Jade Thirlwall sat on the panel.