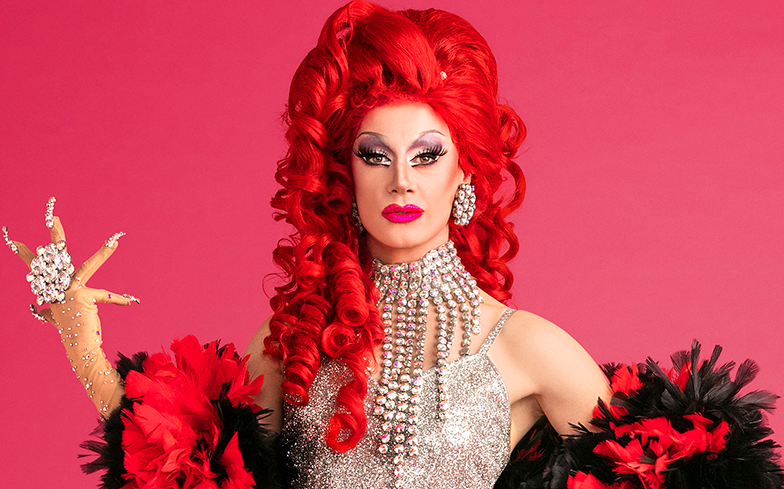 “I think I make an impression! Maybe that’s just my butt cheeks in the werkroom.”

The drag veteran, who originally garnered fame in the UK after her widely-praised appearance on The Voice, has been a performer for the past 15 years and describes herself as a “camp queen with a bit of proper art shit thrown in”.

“Big hair, big tits, lots of silliness, I’m just me babe, I’m just me,” she told us, totally deadpan after we asked her what she’ll bring to the Emmy-winning franchise. “I hate competitions, hate them. They’re not my schtick at all.

“I disappear, but I think I make an impression! Maybe that’s just my butt cheeks in the werkroom, I’m not sure.”

In Divina’s opinion, Drag Race UK lacks the “ drama” of the US seasons, but she’s confident it will provide fans with gag-worthy, soon-to-be iconic memes and scenes. “There’s going to be instances where people say, ‘Oh my God, how did that happen?'”

She added of her fellow contestants: “There’s very little catfighting. We’re very supportive of each other and everyone wants each other to do well. In the US, people take themselves more seriously than they take the work.”

On working with RuPaul, Divina revealed: “He’s exactly what people want from him. He knows what that is, and he gets it.”