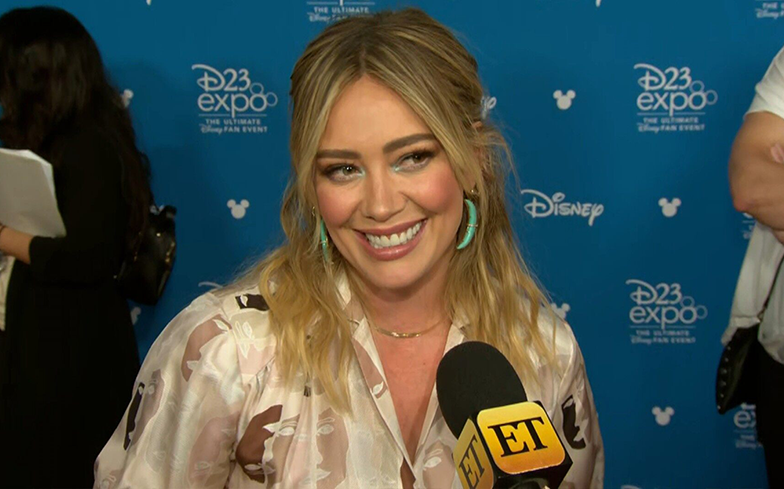 Disney Plus and Hilary Duff have unveiled the first images from the upcoming Lizzie McGuire revival series.

The streaming service – which launches 12 November in selected countries – shared a photo from the first day of production, which depicts Lizzie walking down a busy New York City street as she struggles to carry a giant alpaca. We have questions…

“Alpaca your bags! #LizzieMcGuire is heading to the Big Apple for the next chapter in Lizzie’s story,” they wrote in their caption, to which Duff responded: “The alpacas name is Henry. And she really kept a girl warm today.”

The Lizzie McGuire revival will focus on Lizzie as she navigates her life as a 30-year-old apprentice decorator in NYC. “Lizzie has also grown up, she’s older, she’s wiser, she has a much bigger shoe budget,” Duff revealed at the D23 Expo last month.

Terri Minsky, who created the original series, is also back on board. It hasn’t been confirmed whether Lalaine (Miranda), Adam Lamberg (Gordo), Jake Thomas (Matt), Hallie Todd (Jo) and Robert Carradine (Sam) will reprise their original roles.

In an interview with Entertainment Weekly, Duff explained why now was the perfect time to bring Lizzie back. “Now Lizzie is turning 30,” she said. “She was everybody’s best friend. She was there for such pivotal moments in their preteen life.

“Entering your 30s is a really big deal. I think it’s just the right time for her to step back in and to have her go along with you in your 30s, all of the fun times and all of the big monumental moments that you’re faced with.

When the Younger actress was questioned on what we can expect from Lizzie in the highly-anticipated reboot, she teased: “There’s a lot of questions that need answering and a lot of new things on the horizon for her.

“Her job is really cool but she still hasn’t totally found her way and that’s going to be part of the journey.”

A film based on the series, The Lizzie McGuire Movie, was released in 2003 and boasted one of the most jaw-dropping conclusions in movie history (“Sing to me Paolo!” + This Is What Dreams Are Made Of).