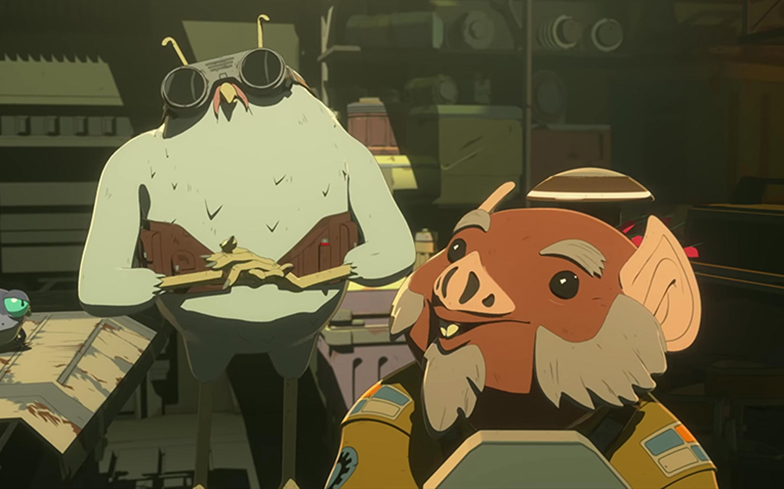 The producers of animated series Star Wars Resistance, which is returning for a second season on 6 October, have confirmed that Orka and Flix – voiced by Bobby Moynihan and Jim Rash – are a same-sex couple.

Star Wars Resistance is a cel-shaded animated series set six months before The Force Awakens. It was nominated for the Outstanding Children’s Program award at this year’s Emmys.

Fans had already speculated that Orka and Flix were a couple based on a previous scene which saw the characters both visit Flix’s mother together and bring her flowers as a gift.

Bobby, the voice of Orka, said on Coffee With Kenobi: “I have had a sentence prepared for a year and a half. If someone would finally ask me, I would say, ‘All I can say is that when Flix says I love you, Orka says I know’. They’re the cutest.”

It was previously confirmed that Lando Calrissian – a role made famous by Billy Dee Williams in The Empire Strikes Back and more recently portrayed by Donald Glover – identifies as pansexual, although it’s never been explored on screen.