Disney confirms that it has cancelled its groundbreaking show Andi Mack 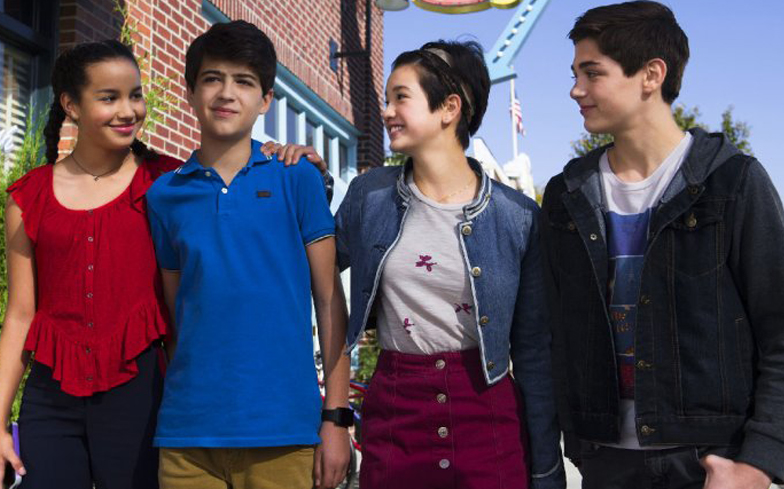 The show, which is currently on hiatus, will begin airing its final episodes from June 21.

Disney has confirmed that this season of Andi Mack will be the show’s last and that its final run of episodes will begin on June 21.

The show made history when earlier this year one of its main characters, Cyrus Goodman, said “I’m gay,” a first for the Disney Channel.

The moment was met with a lot of positive responses on Twitter, with one person writing: “i never realized how ingrained it was in me to think of ‘gay’ as an adult term until i heard it on andi mack. the context is so important, gay isnt a dirty word and it is SO important for kids to hear it and understand that.”

Speaking about the show, its creator Terri Minsky, said: “Andi Mack was a labor of love for a room of impassioned, inventive writers, a talented and dedicated crew, and an extraordinary, miraculous cast who inspired us all.

“We had the honor of breaking a lot of new ground for Disney Channel. We were its first serialized show, its first series centered around an Asian-American family and its first to feature an LGBTQ character who spoke the words, ‘I’m gay.’

“But the best part of making Andi Mack was our audience, who let us know we mattered to them. The series finale is for them.”

Disney Channel president Gary Marsh praised Terri for the show, saying: “Three years ago, we challenged Terri Minsky to create a new series that expanded and broadened the Disney Channel brand. And so was born Andi Mack.

“We are forever grateful to Terri, her talented team and the outstanding cast, led by Peyton Elizabeth Lee, for delivering a meaningful and satisfying conclusion to three wonderful seasons of this brilliant series.”

Joshua Rush, who plays gay character Cyrus Goodman, wrote about the show in a Twitter thread following the announcement, saying: “Andi Mack was, is, and always will remain in my mind: lightning in a bottle. A moment, a flash, of excitement, joy, light, and explosiveness, that I will never ever forget. Thank you for making it that for me.”

Since the show began airing in 2017, it has won a GLAAD Media Award and a Television Academy Honor. It has also been nominated for the British LGBT Awards, Peabody Awards and BAFTA Children’s Awards.

Since the announcement, people have been calling for Disney to reverse its decision, with many highlighting the positive representation the shows gives for minority groups, and the important issues that it addresses.