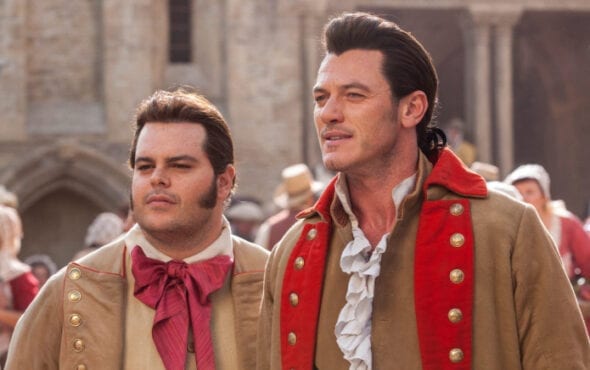 The Beauty and the Beast spin-off series with Gaston and LeFou has been greenlighted at Disney+.

The eight-episode limited musical series, which has a working title of Beauty and the Beast (okay then?), will see Luke Evans and Josh Gad reprise their roles as Gaston and LeFou with newcomer Briana Middleton as the latter’s stepsister, Tilly.

Set before the events of the 2017 live-action adaptation, which starred Emma Watson as Belle, the series will follow Gaston and LeFou as they embark on a journey with Tilly after “a surprising revelation from her past comes to light”.

According to a synopsis, this sends “the unlikely trio off on an unexpected journey filled with romance, comedy, and adventure,” while “mysteries of the past are uncovered and the dangers of the present grow, old friends and new enemies reveal that this familiar kingdom harbors many secrets.”

Beauty and the Beast (the spin-off series), was developed and written by Gad and Once Upon a Time creators Edward Kitsis and Adam Horowitz, with the trio serving as co-showrunners and executive producers.

Alan Menken, an EGOT winner and composer of the 1991 original and 2017 live-action Beauty and the Beast, has been announced to write the soundtrack, while Oscar-nominee Glenn Slater will helm the lyrics of the first episode.

Liesl Tommy, who made history as the first Black woman to be nominated for the Tony Award for Best Direction of a Play, will direct the premiere. Tommy and Menken are also executive producing, with Evans producing.

Production on the series will begin in spring 2022.

Gary Marsh, president and chief creative officer at Disney Branded Television, said: “For anyone who’s ever wondered how a brute like Gaston and a goof like LeFou could have ever become friends and partners, or how a mystical enchantress came to cast that fateful spell on the prince-turned-beast, this series will finally provide those answers… and provoke a whole new set of questions.”

Michael Paull, president at Disney+ and ESPN+, added: “For three decades, this tale as old as time has inspired generations of fans around the world.

“We can’t wait to welcome our guests back to the magical and musical world of Beauty and the Beast for an all new chapter with LeFou, Gaston, and a fantastic new cast of characters.” Gad’s portrayal of LeFou was confirmed to be gay when he danced with a man at the end of the 2017 film. Although the moment only lasted a few seconds, it was enough to get the movie banned or given an adult-only rating in several countries.

Because the series is based on origins of their characters, it would be a fantastic opportunity for Disney to explore LeFou’s sexuality further and his infatuation with Gaston.

During a 2019 interview with Andy Cohen on SiriusXM, Gad affirmed that he is “so proud” of the moment and still doesn’t understand why it was such a big deal.

Asked how the idea of LeFou being gay came about, Gad confirmed: “It was my pitch, that’s how I really wanted the movie to end. I was so amazed they let us do it.

Despite the unnecessary controversy and backlash from some viewers, Gad explained that he is “so proud” of the decision and that he hopes Disney continue to include LGBTQ+ characters in their movies.

The live-action version of Beauty and the Beast received mixed reviews from critics, but became the highest-grossing live-action musical film of all time with $1.2 billion at the box office.