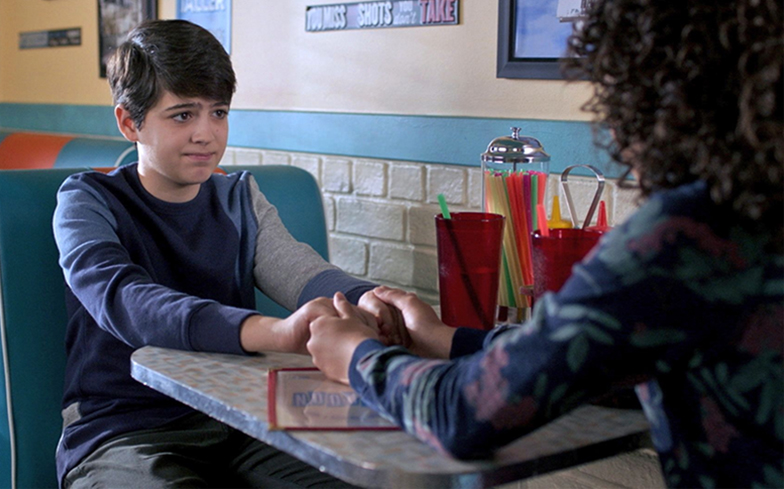 Disney Channel show Andi Mack recently made history when it featured the network’s first ever gay storyline – but not all countries are happy about it.

In the episode – which aired in the United States last month – Andi discovers that her best friend Cyrus (played by Joshua Rush) has a crush on the same boy she does.

It’s part of a groundbreaking storyline that will see 13-year-old Cyrus come to terms with being a gay teen in middle school.

In a powerful scene where he comes out to his friend Buffy, Cyrus says: “I feel weird… different.”

His friend’s response was perfect.

“Cyrus, you’ve always been weird. But you’re no different,” Buffy said. “You’ll be okay, I promise.”

Unsurprisingly, One Million Moms immediately launched an anti-gay campaign for people to boycott the show in the United States.

But it has also caused outrage in Africa, with the Film Classification Board Kenya outright banning the episode from being aired.

However, Disney have now decided to pull the show altogether across Sub-Saharan Africa, with a spokesperson saying that the show will be taken off DStv to respect “cultural sensibilities.”

“Disney Channel creates stories that entertain and inspire kids and families and reflect the rich diversity of the human experience,” a spokesperson told The Cape Argus.

“While our shows are developed for global audiences, we are committed to respecting each market’s cultural sensibilities, compliance rules and regulations.

“Disney Channel in South Africa serves multiple countries across Africa and the Middle East, each with its own regulations to which we adhere.

“Accordingly, Andi Mack will not be broadcast through DStv.”

Tebogo Nkwane of Transgender and Intersex Africa criticised the decision, saying: “We really should be talking more about these issues.

“If we don’t educate [children] how will they know how to respond when they encounter someone who is different? It’s borderline discrimination.

“It portrays that our community is immoral and if the media is not covering these issues how are we supposed to learn?”