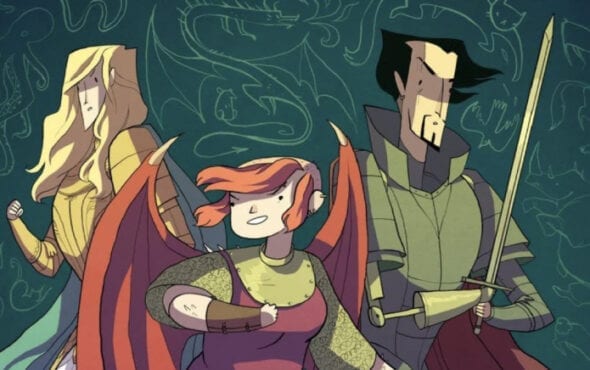 The innovative film was 75% complete.

In a devastating blow to LGBTQ+ cinema, Disney’s first queer led film has come to a halt due to the COVID-19 pandemic.

The new film, titled Nimona, was currently in production at Blue Sky Studios, which is part of the Fox brand umbrella.

According to Buzzfeed News, employees were told on 9 February that the entire staff would be laid off due COVID-19 financial hardships.

“It was a first for our studio in a lot of respects and what would have been a first for Disney, I believe. It featured two male leads kissing, it featured a gender-nonconforming lead heroine,” one Blue Sky Studios employee said.

Noelle Stevenson, the author of the webcomic that the film was based on, took to Twitter to express disappointment in the cancellation.

“Sad day. Thanks for the well wishes, and sending so much love to everyone at Blue Sky. Forever grateful for all the care and joy you poured into Nimona,” she wrote.

Sad day. Thanks for the well wishes, and sending so much love to everyone at Blue Sky. Forever grateful for all the care and joy you poured into Nimona ❤️

thanks for everything, dragon girl pic.twitter.com/RP6x6WWJvm

Got to see some recent reels and art from Nimona today. Absolutely blew me away and I’m so heartbroken you won’t be able to see it. Blue Sky was making something really special.

Employees told Buzzfeed News that the film was 75% complete with an additional 10 more months of work left for the project.

One Blue Sky Studios employee opened up about the overall effect this closure has had on the team as a whole, stating: “That is heartbreaking because we are not only losing our jobs, we’re losing our family, our workplace, we’re losing the closure of being able to send Nimona out into the world, where it could change kids’ lives.”

Not only was this film poised to be a groundbreaking LGBTQ+ led film, it was also praised for its innovative animation and technical production.

“It would have been huge and it’s just devastating that it’s not out there. If enough people are angry the studio will have some incentive to make this wonderful movie. That would be great,” said a Blue Sky Studios team member.

Over the years Disney has introduced LGBTQ+ characters into films. From Beauty and the Beast’s LeFou to Officer Spector, the representation has slowly been coming to the forefront.

Although there has been an increase in LGBTQ+ representation, none of the characters has been lead or main characters.