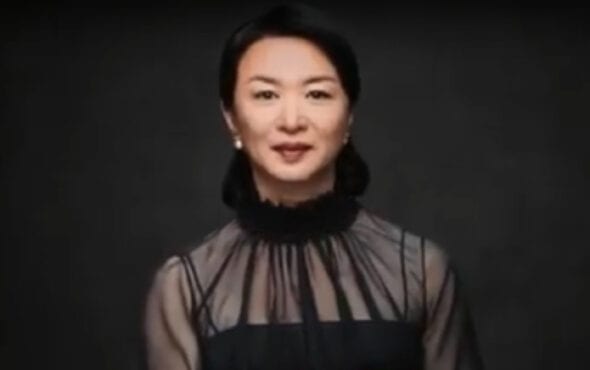 Popular trans celebrity Jin Xing has been tapped as the face of Dior’s new fragrance campaign.

The popular brand announced the inclusive news via their Weibo account with an inspirational video and speech from Jin.

“Women have a very critical role in modern society, in places as small as a family and as big as a country,” she said.

“Therefore I think it is very important for women to stay independent. I only hope everyone can live as their own selves, this way we will make the world an abundant place.

“Do not compare yourself to others. Come up with your own way of thinking to create a colourful and varied world.”

The 53-year-old is no stranger to the world of entertainment. Early on in her career, she conquered the dance world as a famed choreographer and dancer. Jin has since moved on to host her successful talk show, which brings in over 100 million viewers a week.

She also became the first person in the country to go public about undergoing gender-reassignment surgery.

Vickie Zhang, a marketing expert in Beijing, opened up about the “independent” message of the new campaign in an interview with Global Times.

“It is good because it seizes the values of the target consumer group. Women’s perfume can very much be a gender-specific product that stressed ‘femininity’ in promotional materials so that consumers will desire feminine beauty,” she said.

“However, we are now in a time when the public, especially the target consumer group for women’s perfume, have changed their minds about what defines women’s values and so have begun to desire things that have traditionally been seen as more masculine traits, such a. being independent and tough.”

Watch the inspiring advert for the campaign below.