Difficult People star Shakina Nayfack has come out as non-binary 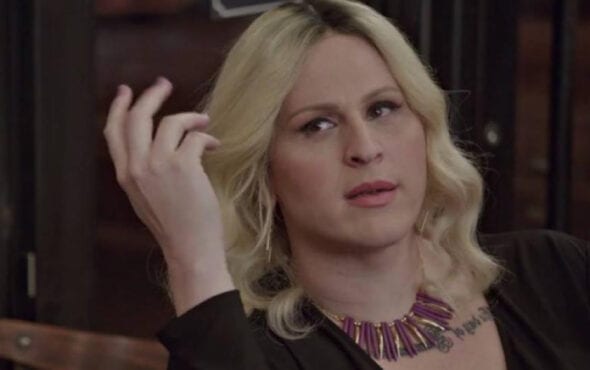 Difficult People and Connecting star Shakina Nayfack has come out as non-binary in a new social media post.

Taking to Instagram, Nayfack – who uses she/her pronouns – opened up about her non-binary journey in a lengthy post.

“I always felt “non-binary” was implicit in my identity. I’ve personally understood the prefix “trans” to mean “beyond” more than “from one to another,” as in TRANScending gender,” she explained.

“I’ve claimed the term “gender non-conforming” from the outset of my journey, more than 20 years ago—before non-binary was common language.

“For a long time, I felt defensive about the non-binary label, because in my mind, choosing to identify with that terminology meant I was stating that the inverse was also true, that a binary exists and I’m just setting myself apart from it.”

Nayfack concluded her statement by saying that she wasn’t “coming out” as non-binary per se but is now openly claiming it as part of her identity.

“I’m not “coming out” as non-binary, I’m choosing now to claim non-binary as part of my identity because, as a gender non-conforming trans woman, I feel responsible to include myself in the discourse which—unintentionally or not—has a tendency to assign meaning to my identity without my consent otherwise,” she said.

Since starring in the Hulu series Difficult People, Nayfack went on to make network television history.

Last year, the actress became the first trans actress to star in a network comedy when she appeared in the NBC social distancing series, Connecting.

In an interview with ET Online, the actress opened up about the origins of her character Ellis.

“When I came on board, I asked them ‘Is Ellis trans?’ Then they said, ‘Well, we didn’t write her to be but we hope that she’ll be now that you’re playing her,'” she said.