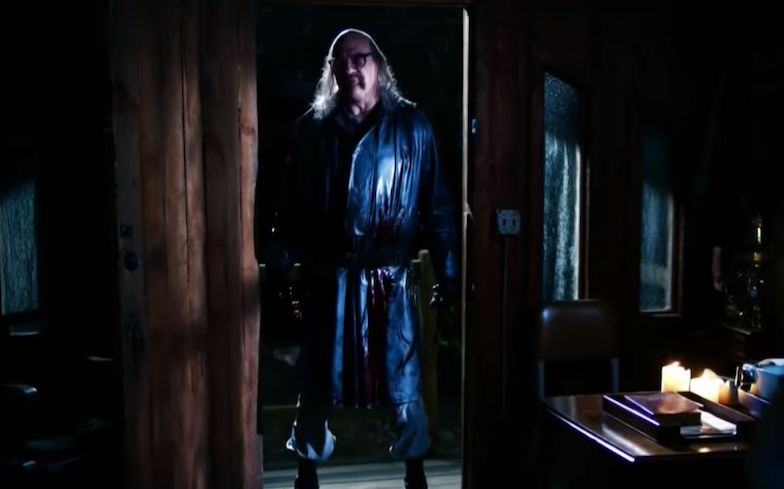 The promo for the fourth episode of American Horror Story: 1984 might have just confirmed who the ‘real killer’ is.

The ninth season of the acclaimed horror anthology series follows five teenagers who become camp counsellors for the summer to escape the wrath of a Los Angeles serial killer called The Night Stalker – only to end up faced with Mr Jingles, who slaughtered nine people at the camp 14 years prior.

After just one episode, fans (including us) had come up with a number of theories – some plausible, some slightly more imaginative – about who the real mastermind behind the killings could be.

Last week revealed that camp nurse Rita (Angelica Ross) paid a visit to the mental hospital Mr Jingles (John Carroll Lynch) was housed in. She orchestrated his escape to study him in his natural habitat to try and figure out why he turned to murder.

During her visit, Jingles admitted that he didn’t remember his killing spree, which ultimately begged the question: did he even do it? The latest trailer appears to have confirmed a massive fan theory, that the one victim left behind, camp counsellor Margaret (Leslie Grossman), was in fact the real killer.

A shot from the teaser appears to be set in the past, and shows the bloody hands of a person – in Margaret’s nightgown – slicing the throat of a camp counsellor as she sleeps. It’s not Mr Jingles, that’s for sure – watch below.