Did Strictly’s annual visit to Blackpool match up to the usual extravaganza? 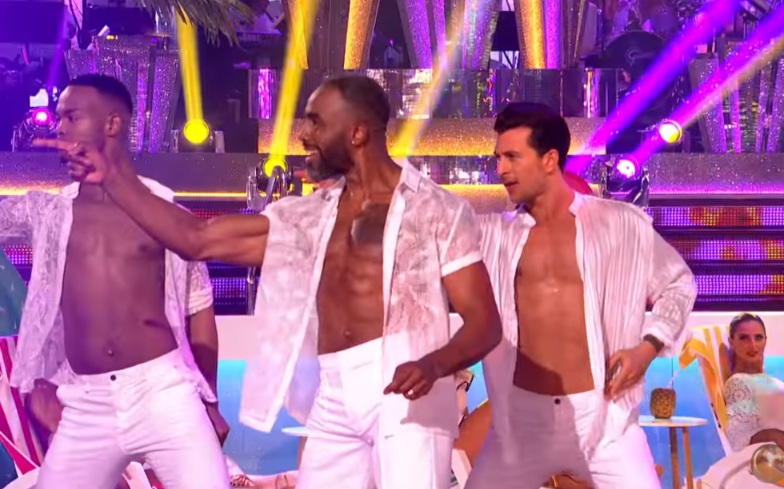 “I was slightly distracted by the plethora of abdominals.”

Blackpool is a very special time for any Strictly fan or contestant. It’s a pivotal part in the competition to dance in the famous Tower Ballroom, and by the time you get there, you can generally guess the frontrunners who will still be in the competition when Strcitly’s final comes around.

And this year isn’t an exception. Ashley Roberts, Faye Tozer, Joe Sugg and Stacey Dooley have proven themselves to be the frontrunners in this competition. And although the other four are capable of delivering some monumental performances, you can’t deny that they don’t have the same skill level as the rest of the dancers. Charles Venn will probably make it to the semi-finals, as the rest fall around him.

It’s a shame Bruno’s mic cut out just as he threw some shade at Craig over hips, but the rest of the show delivered. Whether it was one of Strictly’s most extravagant openers, Stacey Dooley’s ludicrous amount of props, or the set falling down as Darcey gave her critique, this show was missing nothing.

Last week, it was the man at the bottom of the leaderboard who was eliminated, Danny John-Jules. And again I found myself disagreeing with the judges, although this was mainly down because I thought Graeme’s dance was nothing but an entertainment piece, whereas Danny was actually delivering something worthwhile.

And it was Ashley Roberts’s contemporary routine that stole the hearts of the public, as 29% of votes cast in our poll last week went to her. Heading further down the leaderboard, and it started getting quite tight. Faye Tozer’s jive, Joe Sugg’s samba and Lauren Steadman’s Viennese waltz all got 15% of the vote.

And the show started off with an ode to Gloria Estefan’s greatest hits, and it was my favourite opening number of a themed week so far. Unfortunately, Stacey Dooley didn’t keep the party atmosphere. I’m not denying that she didn’t deliver a great salsa, but I don’t like backing dancers taking over the dance, and in this instance I felt like they overshadowed her performance.

And neither did Lauren Steadman keep the party atmosphere going. I was expecting something a bit better than what she ended up delivering, and although I did agree with the judges comments, I did enjoy the overall performance and think it should’ve gotten a few extra marks.

But one performance where I heavily disagreed with the judges was on Graeme Swann’s jazz routine. Now, the only other jazz dance I’ve seen is Faye Tozer’s, and obviously this pales in comparison to that one. But no one I talked to during the show liked the dance, and it felt like there was something major missing. I thought I was being vindicated when Craig slated it, but then everyone loved it, and Craig even gave it a 7! And that is just ridiculous, the only positive thing he said was that Graeme had commitment, and commitment alone does not warrant a 7.

But after a few off performances, Faye Tozer brought the house down. I loved the paso doble last series, almost every celeb was able to deliver an amazing performance, and yet this series there haven’t been many memorable ones, barring Joe Sugg’s and Lauren Steadman’s. But finally Faye delivered the paso that made you sit up and take notice, at least when you weren’t looking at Giovanni’s mesh top.

And although Kate didn’t live up to Faye’s performance, her American smooth was still a very sweet performance and it was clear that she enjoyed it right from the start. And it was clear that Bruno was enjoying Charles Venn’s samba right from the start, as the expression on his face at the sight of three guys gyrating their ripped torsos in front of him was a sight to behold. And the rest of the dance was fun and free and I enjoyed it.

I less so enjoyed Joe Sugg’s quickstep. Although it seems that he’s becoming a great ballroom dancer, I thought he’d delivered better routines than this one. I’m not saying it was bad by any stretch of the imagination, I just don’t think it deserves the high praise that it got.

And finally Ashley Roberts broke the 39 curse. She’d been flirting with a perfect 40 for several weeks now, but when it came to the jive, she was able to deliver everything that was necessary, and she gave one of the best dances that the Tower Ballroom has seen in Strictly history.

There were a few dances going around my head when it came to voting, but I decided I would reignite my love of the paso doble and I ended up voting for Faye;s dance. But Ashley and Charles were close behind, and because of that you can watch both of them below.

And as much as I’m a fan of Lauren Steadman, I think it’s most likely that she’ll be the one who’s heading home, as she finished at the bottom of the leaderboard. I can see Kate joining her in the bottom two, but Graeme and Stacey are also contenders, seeing as the rest of the couples scored 38 or higher. But if it was down to me, I’d be sending Graeme home.

But who was your favourite dancer from this Blackpool special? Let us know by voting below.

And the poll, thank you