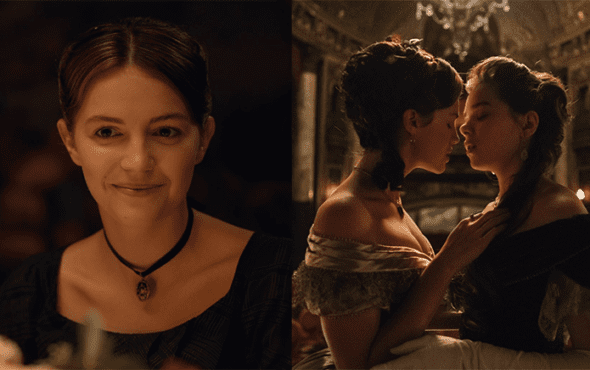 British actress Ella Hunt has come out as LGBTQ+ in a recent interview and later confirmed details of her sexuality on social media.

While the actress  – who currently stars as Sue Gilbert in hit Apple TV+ series Dickinson – has opted for a label-less approach towards her identity, the 23-year-old elaborated further during an interview with Square Mile.

During the interview, Hunt emphasised her romance with the word ‘queer’ and outlined that her sexuality is not limited to the specific term.

“I love the term queer. I don’t think it is specifically about sexuality, I see it as a mindset and feeling empowered in the bizarre and the strange sides of myself,” she said. “I think queer is a beautiful word in that sense. It’s an attitude. That’s how I identify to my friends in New York.”

Hunt received some backlash on why she described queerness as “an attitude” but clarified, in a tweet, that she wasn’t expecting the question.

The actress explained how being unexpectedly asked about her sexuality so explicitly made her “anxious” and she “fumbled” her answer.

While apologising to a fan, Hunt admitted that she was new to explaining her queer identity, saying: “When the interviewer asked me directly if I was queer I got anxious and fumbled my answer (having not openly talked about my identity for long)”.

The actress later clarified she does identify as queer and is happy to talk about it.

you don’t need to be sorry at all! I’m so sorry you had such a tough time growing up. I am queer and I am happy to be open about it ❤️ (I just get all kinds of nervous and fumbly in interviews sometimes)

“It’s incredibly meaningful,” she explained. “It became more and more meaningful as I started work on the show. When I booked Dickinson, I was 19, I moved to New York to start working on this queer TV show and it empowered me to acknowledge my own queerdom and relish in it.”

The role of Sue Gilbert is something the actress had a strong affinity with. “I naturally fell completely in love with the relationship between Emily and Sue. I’m so grateful to Alena in my own personal journey, and that she doesn’t really put a label on Emily and Sue’s relationship.

“Alena doesn’t judge it, but just lets it exist in all of its tumultuous faculties and that’s so special. It feels awesome to live in a time where there’s we’re seeing more and more of that on-screen and I think it’s incredible of Apple to make one of their first shows about a queer female genius poet who was misunderstood in her own time.”

You can watch season 2 of Dickinson on Apple TV+ and the trailer here or below: