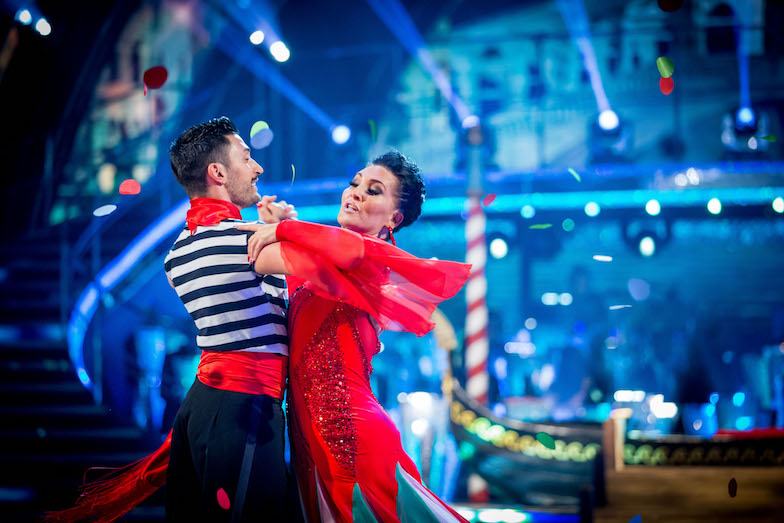 The first week of this year’s Strictly Come Dancing really demonstrated what the show could deliver this year. The word “potential” was thrown around a lot for the celebrities, and Kelvin Fletcher practically tore the studio down with his incredible, jaw-dropping samba.

But despite the word “potential” being thrown around, it didn’t seem the celebrities grabbed it to their full potential, with most of the scores scores failing to shift upwards seismically, bar two who had been relatively near the bottom before.

In our poll, despite his incredible samba, it was Michelle Visage’s attitude driven cha-cha-cha that wowed our audience the most, scoring her 50% of the vote. Kelvin was behind her with 34% of the vote, while the remaining votes went to Karim Zeroual and Saffron Barker for their cha-cha-cha and tango respectively.

And speaking of polls, do let us know what you thought of this week’s dances by voting for your favourite. You can do so by following this link.

This week, we actually started off on a few technical glitches as gremlins didn’t want to let us watch celebrities walk down the stairs, with constant cut outs. However, that wasn’t the only technical glitch to plague the programme, as during Viscountess Emma Weymouth and Aljaž’s tango, the camera decided to cut to a light. It was a perfectly good light, but we would’ve preferred the dancing.

The first celebrity onto the dance floor was YouTube star Saffron Barker and while her cha-cha-cha had several good moves, it seemed to be lacking something to make it really pop. And although Anneka Rice wasn’t popping in the same way Saffron was, she really delivered a beautiful waltz, and she was captivating for the dance. I really hope she’s safe for next week.

Given his strength last week, expectations were reasonably high for radio DJ Dev Griffin, and he continued to show his strength with a good jive that was effortlessly entertaining. Viscountess Emma Weymouth improved over her last dance, but Craig was right when he told her that she “lacked attack.”

Unlike Dev, expectations were a little less high for comedian Chris Ramsey, but he showed that the Charleston was the dance for him. He absolutely owned the dance, even getting praise from Take That – whose song they danced to – and it would be a travesty if he didn’t make it through to next week. I was hoping for more from Emma Barton with a foxtrot with the ‘King of Ballroom’, but like so many before her, nerves got the better.

James Cracknell won’t be winning any dance awards anytime soon, but it was clear from the jive that he was having a lot of fun, and it was a vast improvement over last week. Sadly, Catherine Tyldesley didn’t improve on her previous week, dropping down one point. Although last week I felt she was undermarked, the scores were pretty accurate this time around as her samba never really felt like it took off.

But as always, Michelle Visage did deliver. Perhaps it would have benefited from a few more pivots, but she had all the class necessary for the dance. Plus, when best squirrel friend RuPaul shows up in the training room and studio, who are we to complain? But just imagine if Mama Ru had shown up in full drag, no matter how inconvenient it would have been.

David James could not compete with Michelle, with him scoring the lowest paso doble score in Strictly history – something we write every year now it seems. But CBBC star Karim Zeroual was here to save us with a foxtrot that oozed charisma and style, and it was easily one of the best dances of the night. I thought Karim would be noticeably worse at ballroom, but he’s showing strength in both and is easily a contender for the Glitterball.

Mike Bushell might not be, but hopefully the public voted him through to next week. Given the complexity of many of those lifts, if we haven’t I fear Katya may be badly injured on national television in a dance-off. Also, we could really do with never seeing that yellow cowboy suit monstrosity ever again. Alex Scott did develop into her cha-cha-cha, but overall I was hoping for there to be more from her.

All eyes were on Kelvin Fletcher following last week’s incredible samba, and while his waltz was certainly watchable, it didn’t have the same entertainment factor as last week. We ended on paralympian Will Bayley, and while his salsa was pretty strong at the start, he didn’t keep the energy up for the rest. But still a strong dance from him, and probably the only contestant who was undermarked this week around.

Although dance is usually the main thing on Strictly fans’ lips, many also noted something else this around. After host Tess Daly was finished with congratulating contestants following their judgement, she legged it away from the table. And when we say legged it, we mean it looked like she was caught somewhere she shouldn’t be and was attempting to avoid getting spotted.

The clear standout dances from last night were Karim and Michelle, with both of them topping the leaderboard. However, Anneka and Chris deserve to be commended for their progress, especially since Chris performed the fifth-highest scoring dance of the night.

It’d be hard to imagine seeing David progress through to next week, as overall he’s second bottom on the leaderboard and did the lowest scoring dance of the night. However, stranger things have happened before on Strictly, and the mid-table is never safe which could spell danger for people like Alex, Catherine, and Viscountess Emma.

As Karim and Michelle were our favourite Strictly dances from last night, you can watch them below, or by following the links here and here respectively.

Strictly’s next live show is next Saturday at 19:10 on BBC One. And if you still need Strictly magic in your life Strictly: It Takes Two will be on every weekday at 17:15 pm on BBC One.