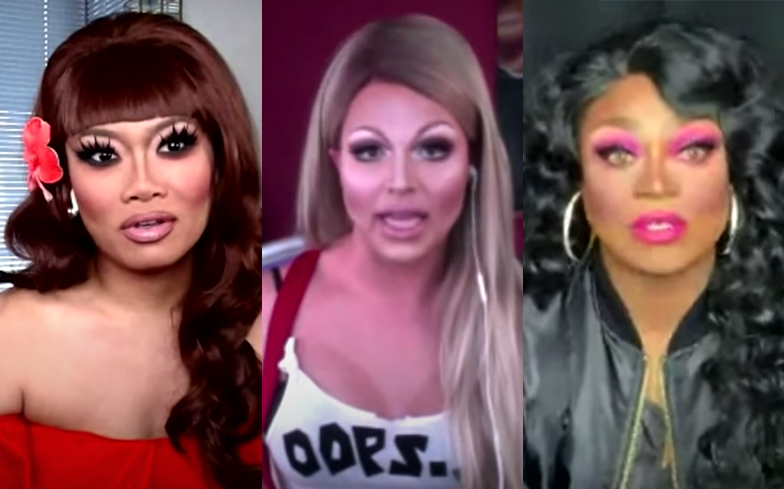 “Derrick! Excuse me… I wasn’t ready!”

C’mon shade! Derrick Barry has left her fellow Drag Race stars speechless with her comments about All Stars 5.

The legendary queen appeared on the latest episode of Monét X Change’s YouTube talk show, The X Change Rate, alongside her All Stars competitors Jujubee and Mayhem Miller to spill the T on the sickening new season.

When asked who Derrick was surprised to see sashay into the werkroom, she responded, without hesitation: “India Ferrah. When you go on Drag Race and you talk that poorly about the franchise and the producers…

Derrick continued: “It has nothing to do with her talent as a drag queen, it has to do with how she runs her brand online. I think when you can’t be the same person online that you are in person, then that’s… half the show.”

Monét, Jujubee and Mayhem were left – in the words of Monique Heart – gooped over her comments. After Monét said she “wasn’t ready” for Derrick’s reads, Derrick swiftly replied: “I wasn’t ready to see her there either.

“I thought All Stars 15, but not 5. For me, it’s shocking to see anybody there that would speak out so much about Drag Race.”

Later, Mayhem said she was surprised to see Jujubee on the season due to her past All Stars stint, which prompted Derrick to throw even more shade: “So did you think the same for Alexis [Mateo] or did you forget that she was on All Stars 1?”

Fans were living for Derrick, with one writing in the comments section: “This is why Derrick is included. She always brings the drama and shade. It’s never RuPauls Best Friends Race when she’s around.”

Another wrote: “I used to dislike Derrick Barry, but this interview was everything.”

Derrick and India’s drama memorably played out on the premiere of All Stars 5. The latter ultimately won the first challenge, an All Star Variety Show, while Derrick became the first eliminated queen of the season.

The second episode of All Stars 5 will air this Friday in the United States on VH1, and the first two episodes will be made available on Saturday in the UK on Netflix.