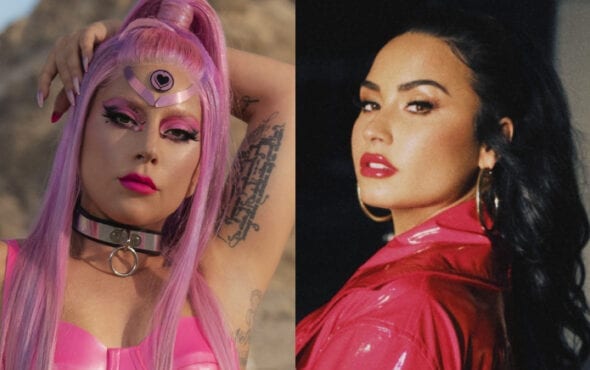 Lady Gaga and Demi Lovato have been announced to perform at Joe Biden and Kamala Harris’ upcoming inauguration.

The Chromatica star, who campaigned for Biden throughout the presidential election, has been confirmed to sing The Star-Spangled Banner at the ceremony next Wednesday (20 January).

Gaga received praise for her rendition of the National Anthem at the 2016 Super Bowl.

The line-up for next week’s festivities also includes Jennifer Lopez, Jon Bon Jovi, Justin Timberlake and Ant Clemmons, with additional appearances to be announced over the next few days.

Due to concerns over the pandemic, the performances will be broadcast as part of a primetime special, called Celebrating America, which sees Tom Hanks on hosting duties.

In a statement posted to her social media channels, Lovato wrote: “I’m SO honored to announce that I will be joining Joe Biden and Kamala Harris for their special event, Celebrating America.”

The star continued to say that she was “left speechless” when asked to perform.

Viewers will be able to watch next week’s inauguration across multiple networks in the United States, including ABS, CBS, NBC and CNN, among several others.

This week, Lovato also announced the release of Demi Lovato: Dancing With the Devil, a YouTube docuseries that was filmed during the star’s Tell Me You Love Me World Tour.

The series will offer “an honest look back at some of the most trying times in Lovato’s life as she unearths her prior traumas and discovers the importance of her physical, emotional, and mental health.”

In a separate statement, Lovato said of the project: “It’s been two years since I came face-to-face with the darkest point in my life, and now I’m ready to share my story with the world. “For the first time, you’ll be able to see my chronicle of struggle and ongoing healing from my point of view. I’m grateful that I was able to take this journey to face my past head-on and finally share it with the world.”

Michael D. Ratner, director, also said: “Demi’s willingness to explore the darkest elements of her life is going to leave the audience with a complete understanding of everything she’s been through and ultimately where she is going.

“Demi stands for empowerment, and this documentary is going to answer the many questions that have been out there – providing a real window into the life of one of the biggest stars in the world, who is simply a human being.”

The first two episodes of Demi Lovato: Dancing with the Devil premieres 23 March.