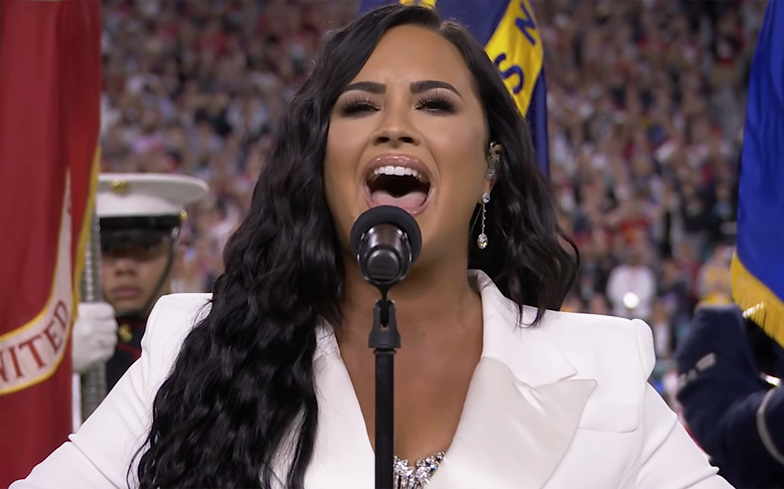 “Best rendition of that since Whitney Houston did it.”

Pop superstar Demi Lovato absolutely nailed her performance of the National Anthem during Sunday night’s Super Bowl – one of the world’s biggest sporting events –  as she delivered show-stopping, pitch-perfect vocals.

She followed in the footsteps of other spectacular voices including Mariah Carey, Beyoncé, Jennifer Hudson, Lady Gaga, P!nk and Whitney Houston to take on the notoriously difficult challenge of belting The Star Spangled Banner.

The performance won universal praise from celebrities and viewers at home, with some saying it was the best they’d heard in years.

Christina Aguilera added: “All my girls DOMINATED at the Super Bowl. That’s what happens when a powerful female force comes together!”

Elsewhere, Shakira and Jennifer Lopez won high praise for their high-energy halftime performance, which saw them run through 20 hit songs and serve choreography, outfits and pop excellence – watch that here.