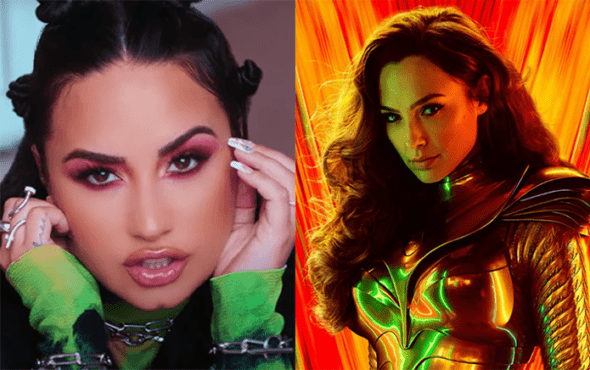 Pop starlet, Demi Lovato shared her desired romantic pairing for Diana Prince in Wonder Woman 1984 and it is everything!

Taking to her Instagram stories the singer-songwriter posted a screenshot of Gal Gadot and Kristen Wiig with the caption, saying: “I need Wonder Woman and Kristen Wiig to be together in this movie…please let this be my 2021 happy lesbian ending.”

We can’t blame her #Diabarba would be ICONIC!

But here’s to hoping for an LGBTQ+ love story for everyone’s favourite Amazon in the final WW instalment.

After the success of Wonder Woman 1984, Warner Brothers studios announced that Gal Gadot and director Patty Jenkins will be back for Wonder Woman 3.

Toby Emmerich, the studio’s chairman released a statement on Sunday evening stating: “As fans around the world continue to embrace Diana Prince, driving the strong opening weekend performance of Wonder Woman 1984, we are excited to be able to continue her story with our real-life Wonder Women — Gal and Patty — who will return to conclude the long-planned theatrical trilogy.”

Wonder Woman 1984 became the biggest movie opening of the pandemic, pulling in around $36.1m worldwide.

Due to the COVID-19 crisis, the majority of theatres around the world have been closed or reduced to limited access.

On top of racking in a substantial crowd at select cinemas, the new film also debuted on the Warner Media streaming service, HBO Max.

An exact tally of how many people watched the film isn’t available but the studio stated that nearly half of the services 12.5 million users streamed the movie.

Wonder Woman is available in select theatres and on HBO Max.