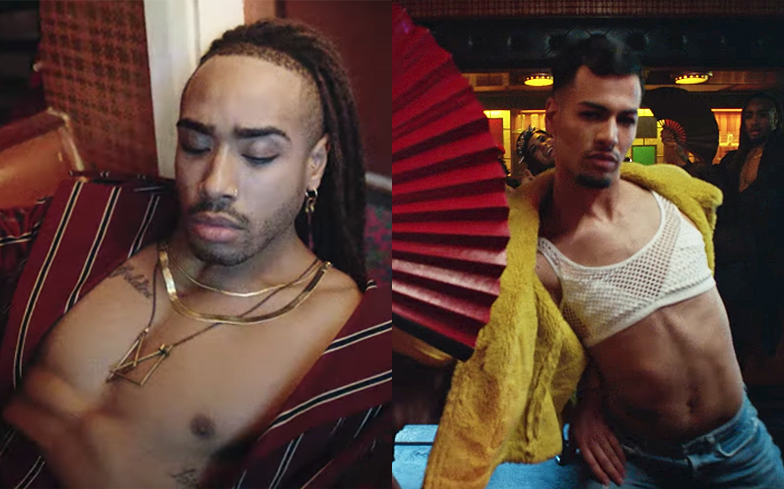 Demi Lovato and Q-Tip have released a cover of Elton John’s Don’t Go Breaking My Heart.

The duet, which was originally sung by Elton and Kiki Dee, comes as part of the legendary singer’s two new albums Revamp and Restoration, which see a number of big-name artists cover his music.

“Elton’s influence shows you that the possibilities of music are endless,” said Q-Tip in a statement.

“He’s astute in so many types of music, he does it all and being a hip hop kid, our whole aesthetic was that everything was up for grabs and that’s how he has always been to me.”

As well as putting a Motown spin on the Elton classic, a music video for Demi and Q-Tip’s version has been released, and it takes heavy inspiration from queer culture, in particular the voguing scenes of New York City, Paris and London.

While Demi and Q-Tip don’t make appearances in the video, there’s a varied cast of dancers from different races and gender expressions recreating a ball scene in a small venue, paying homage to the history of the LGBTQ community.

Revamp, which is due for release on 6 April, will also feature covers of Your Song by Lady Gaga, We All Fall In Love Sometimes by Coldplay, Daniel by Sam Smith, Tiny Dancer by Florence + The Machine and more.

Meanwhile, a second album called Restoration, which is also due out on the same day, will feature country-inspired takes on some of Elton’s biggest hits by the likes of Miley Cyrus, Miranda Lambert and Dolly Parton.

“It’s always a huge compliment when an artist loves your song enough to take the time and effort to rework it,” said Elton of the albums.

Revamp and Restoration are due out 6 April and are both available to pre-order now.