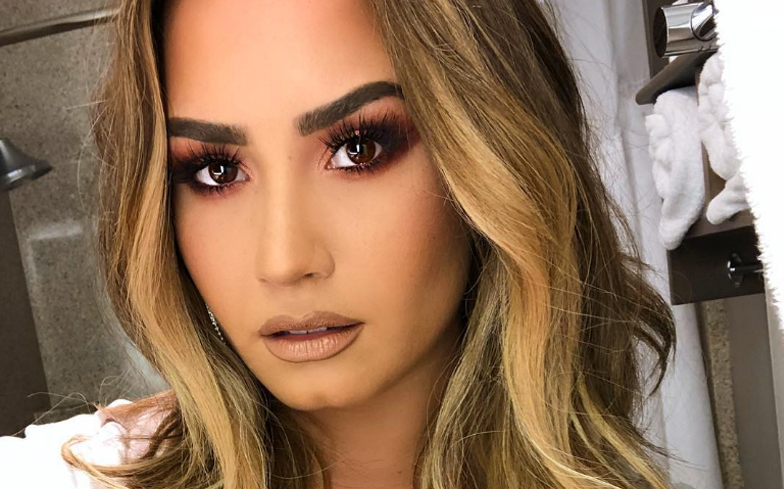 “As a member of the LGBTQ+ community myself, he wouldn’t have signed me if he was.”

Demi Lovato has defended her manager Scooter Braun after Todrick Hall claimed he was “homophobic”.

Earlier this week, Scooter came under fire from Taylor Swift after she accused him of bullying. The music mogul recently purchased record label Big Machine, which means he now owns the star’s first six studio albums.

Writing on Tumblr, Taylor hit out at Scooter and said he has “dismantled” her legacy because she’s unable to own the rights to her own music, due to a contract she signed when she was 15-years-old.

“For years I asked, pleaded for a chance to own my work,” she wrote, before revealing that Big Machine offered her a chance to earn “one album back at a time” in exchange for every new album she releases.

“I had to make the excruciating choice to leave behind my past,” she said. “Music I wrote on my bedroom floor and videos I dreamed up and paid for from the money I earned playing in bars, then clubs, then arenas, then stadiums.

“All I could think about was the incessant, manipulative bullying I’ve received at his hands for years.”

Shortly after, many celebrities jumped in – including Justin Bieber and Halsey – and Taylor’s best friend, Todrick Hall, who slammed Scooter and said he was “an evil person whose only concern is his wealth and feeding his disgusting ego”.

He added: “I believe he is homophobic and I know from his own mouth that he is not a Swift fan.”

Demi, who recently signed with Scooter (he also manages Ariana Grande and Carly Rae Jepsen), responded to Todrick’s claims after he uploaded a photo on Instagram with the caption, “Scooter Braun is evil, evil, EVIL.”

She wrote: “Hey boo, idk you or anything and this isn’t hate, but making claims that someone is homophobic is really serious. Please don’t spread information that isn’t true because I can guarantee you Scooter isn’t.

“As a member of the LGBTQ+ community myself, he wouldn’t have signed me if he was. No hate just trying to clear that up.”

Todrick then replied to Demi on Twitter, even though she doesn’t have an account on the platform.

‘Dear Demi, first off… why did you delete your tweet?” he said.

“Secondly, I love you and listen to your music religiously, but thirdly, you cannot compare your experience to mine, especially with someone I was with for six years and you’ve only just signed with.”

“Also, stop using your one client who identifies as queer to stand up for you. There’s no way Demi saw my tweet, that means someone from your team is reaching out to them, using them to defend you. Fight your own battles.”