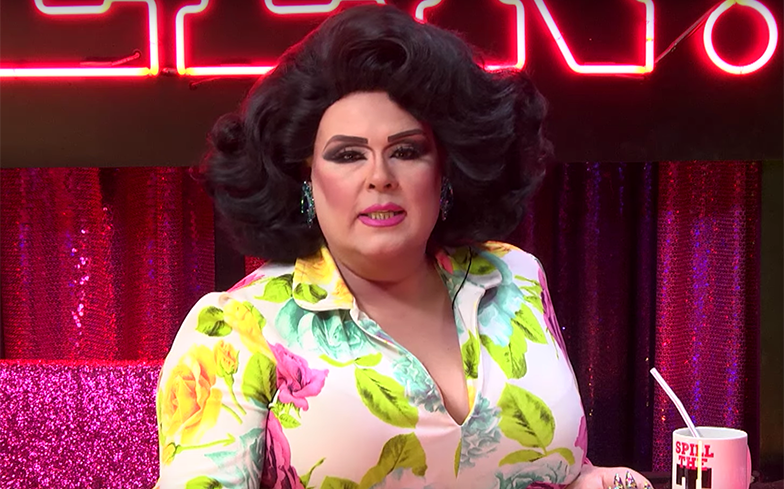 “She has to think of all the factors involved in that decision; the report card of the girl versus, maybe somebody’s brought an attitude.”

Speaking to Johnny McGovern on the latest edition of Look At Huh, the season three contestant – who now works for RuPaul as his hair stylist – spilled some details about her and Raven’s behind-the-scenes friendship with the Emmy winning host.

“We are very fortunate because occasionally when there’s a challenge, that the girls had to do on a day that we’re not there, because we’re only there on days that she is actually in drag,” she said.

“We’re invited to be there, we can be there if we want to work on extra wigs, or maybe Raven wants to do something, she will let us sit down in the morning and watch the challenge while she watches it.

“Obviously, we’re not gonna say anything. She stays very professional about it, she doesn’t play favourites and she doesn’t let onto anything as far as where it’s gonna go. You have seen Ru on the show leave the stage – that really does happen.”

She then explained – and confirmed theories – that RuPaul does actually converse with members of staff after the lip sync for your life, to determine who leaves the competition.

“There really is a point where, when she does walk off, the executive producers all meet together and decide what’s gonna happen because it’s ultimately her decision,” Delta added.

“She has to think of all the factors involved in that decision; the report card of the girl versus, maybe somebody’s brought an attitude. Because you do get girls that, in my season as well.

“There’s so much edited that doesn’t necessarily affect the outcome of anything, it’s just time. You can’t include everything.

“But there are things that you think to yourself, ‘Well, I don’t know, that looks funnier than it probably was’ because the fans like to, well that’s what keeps the show going – the fans.”