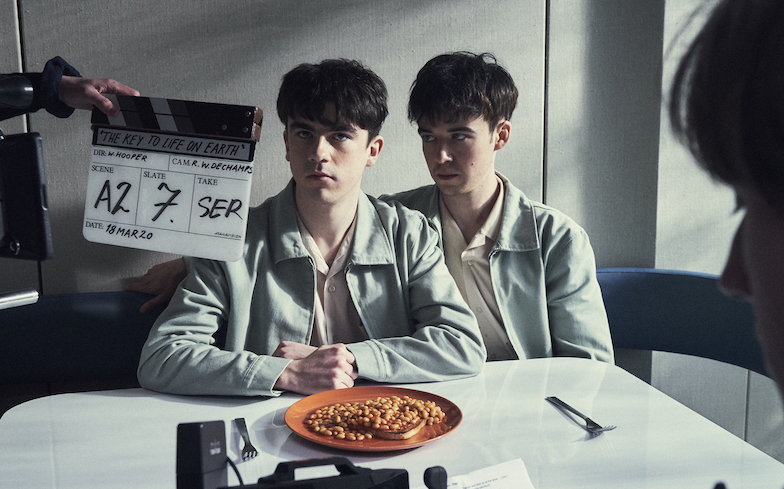 Declan McKenna has released the video to The Key To Life On Earth.

Directed by Will Hooper, the visual was shot pre-lockdown in East London and features a special guest appearance from Alex Lawther, star of Netflix and Channel 4’s The End of the F***ing World, who plays his doppelgänger.

Declan has wanted to work with the British actor ever since he saw him in the critically-acclaimed series, as well as Carnage and Black Mirror, and because fans have compared their physical similarities for years online.

“After finding I had a mutual friend with one of his family, I was eventually able to get his number and we got talking,” he said.

“We met up for tea a few times and found out we really did have a lot of mutual passions and ideas, and we shared and compared our experiences of working in our respective creative worlds.

“We eventually pulled together with the video’s director Will Hooper who has helped to put together most of my video projects for this record so far, and with more ridiculous ideas than you could shake a vegan cream tea at.

“We finally managed to lock in a date to make this video – and just in time as it turns out.”

The Key To Life On Earth is the second single from Declan’s highly-anticipated sophomore album, Zeros, after his incredible lead single – the “brave new anthem for doomed youth” – Beautiful Faces.

Zeros follows in the footsteps of Declan’s highly successful debut, What Do You Think About the Car?, which charted in the top 20 of the UK Albums Chart and helped propel the star to 230 million streams and 200,000 album sales.

The album was previously scheduled for release in late May. It has a new release date of 21 August.

Watch the incredible video for The Key To Life On Earth below.