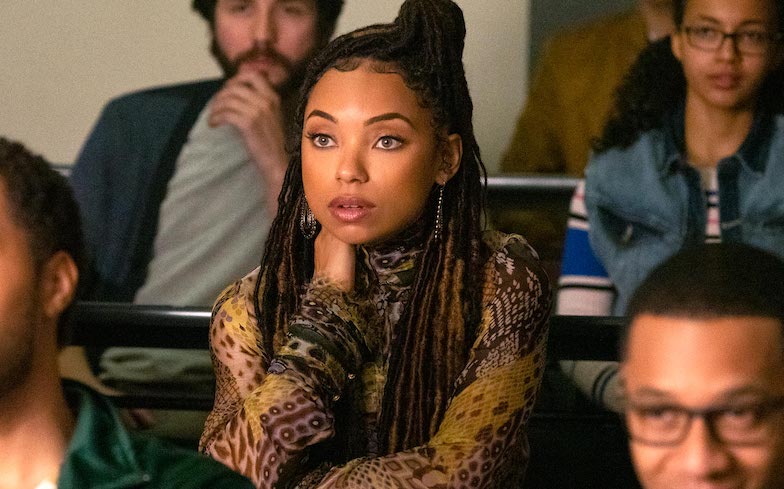 “Hunty, it’s after Labour Day, what are you doing with all this white?”

After the explosive events of season two, which saw Samantha White (Logan Browning) lose her father and stumble across a massive conspiracy theory, the character proclaims in the trailer that she’s “done” with her radio show.

So this time around, her bff Joelle Brooks (Ashley Blaine Feathers) is taking her spot in the radio booth. “The show is going to be a little different with your girl, we’re going to touch upon the major issues, both political and cultural,” says Joelle.

Her speech is then followed by a clip of a hilarious Queer Eye parody called US of Gay, where a British person of colour (mocking Tan France) slams a straight man for wearing white after labour day.

We’re then introduced to Community star Yvette Nicole Brown, who joins the cast as Coco Conners’ (Antoinette Robertson) mother and provided a preview of Lionel Higgins (DeRon Horton) as he explores his kink side at an S&M club.

It will premiere worldwide 2 August on Netflix – watch the trailer below.